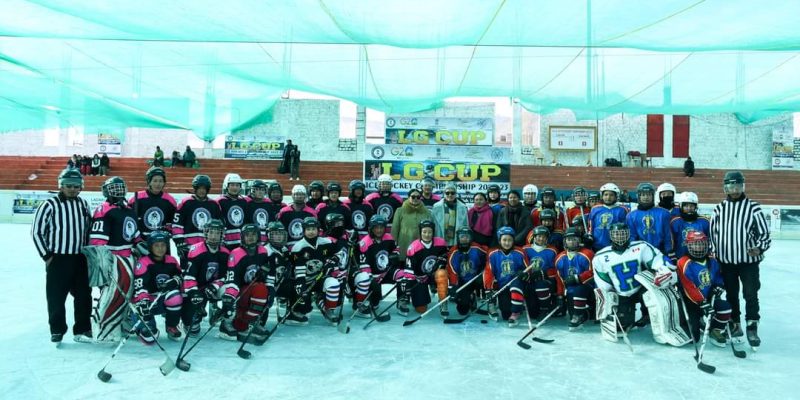 Leh, January 21: The opening ceremony for the 3rd edition of LG Cup Ice Hockey Championship 2022-23 (Men & Women) was held today at Ice Hockey Rink, NDS Sports Complex, Leh. The championship is being organized by the Department of Youth Services, Ladakh in collaboration with the Ladakh Winter Sports Club. The men’s category opening match was played between Kharu and Shey-Thiksay, and the women’s category opening match was played between Lalok and Secmol.

Addressing the gathering, Chief Guest, Commissioner/Secretary, Higher Education Dept, Padma Angmo stated that Ice Hockey is the strength of Ladakh and stressed the importance of sports for overall growth. She congratulated the players for their performances and wished them the very best for upcoming matches. 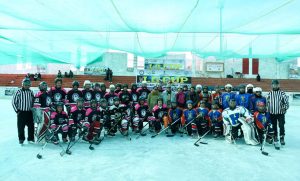