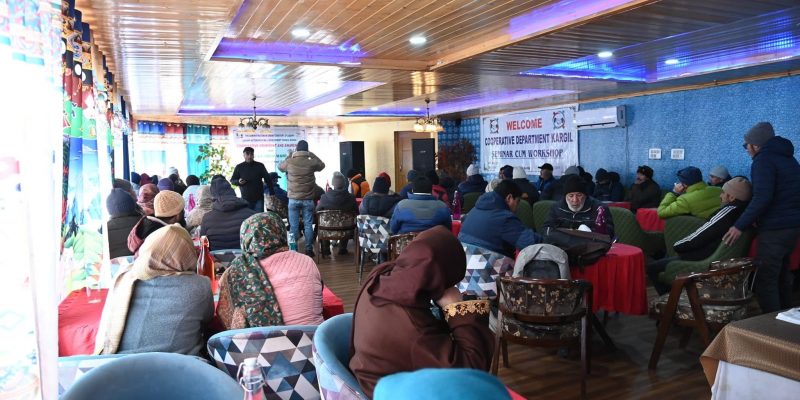 Speaking on the occasion, Tashi said over the past three years, the Cooperative Department is reviving its activities calling it a positive sign.

He said the department is aimed to promote local products in local market as well as outside which will benefit people associated with the primary sector and will increase their income.

Tashi stressed the department and PRI members to work for the benefit of the general public. He also said that agriculture and allied sectors have vast potential for unemployed youth. 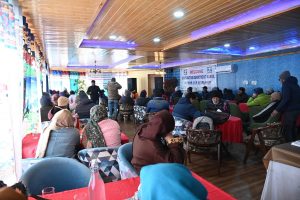 He urged the department to take an initiative for marketing of local fruits and vegetables the way it was done for the milk producers by providing them milk vans.

The acting CEC also said LAHDC, Kargil is committed to provide every kind of possible support to the general public. He stressed participants to aware people about government schemes and facilities so that the common people can take the benefit.

On the occasion, EC Mohsin Ali also appreciated the role of the Cooperative Department. He said the participants should take this awareness to their respective areas to aware the people about different schemes and benefits.

While highlighting the role of the Cooperative Department, DC Santosh Sukhadeve said the main role of the department is to benefit and provide facilities to people associated with primary sector to raise their income. He added the department can also help to increase production.

While appreciating the department for organizing the mega awareness camp, he hoped that the awareness camp will benefit the targeted people.

He also highlighted the role and achievements of the department in various fields like installation of supermarkets and milk vans for the common public.

Besides the BDCs and Councilors, officials from the Cooperative Department and representatives from Cooperative Societies also spoke on the occasion.

The Councilors and BDCs also appreciated the Cooperative Department for their services to the general public. The representatives from the Cooperative Societies thanked the department for providing them various kinds of facilities and benefits. In the end, the Deputy Registrar presented vote of thanks.