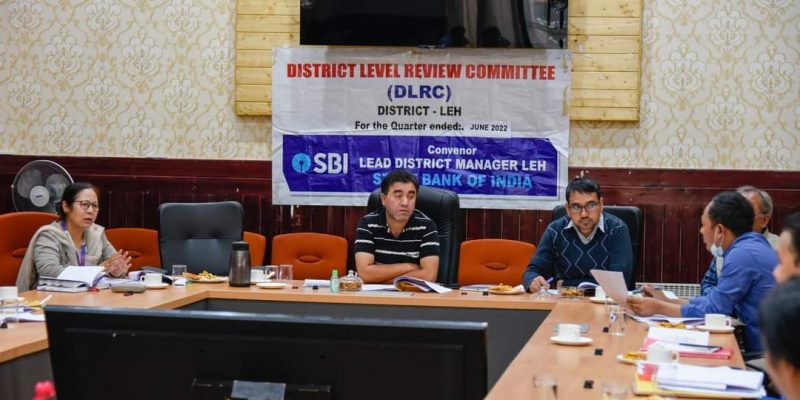 Reviewing the performances of the banks, ADDC Leh, Sonam Nurboo exhorted that coordination and clear communication between the banks and the line departments is essential to achieve the allotted targets and enhance their respective achievements. He also instructed the concerned stakeholders to submit the Action Taken Report of the last DLRC meeting with clear observations and reasons for failed targets and achievements, if any.

It was informed that the percentage of Cash Deposit Ratio CDR in Leh district is 44% which increased by 6% as compared to quarter-end of March 2022 (38%) based on credit growth on quarter-to-quarter basis. 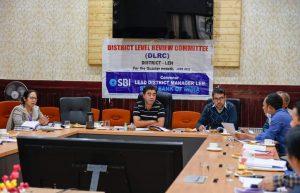 The meeting deliberated on the bank-wise performances under different sectors such as Priority and Non-Priority categorized further into sub-sectors. Under priority sector an amount of Rs 135.36 crore and under non-priority sector Rs 147.09 crore were disbursed till the quarter-end of June 2022.

Lead District Manager, Leh spoke about the expanding and deepening of digital ecosystem in Leh district and urged the banks to make concerted efforts for the same.