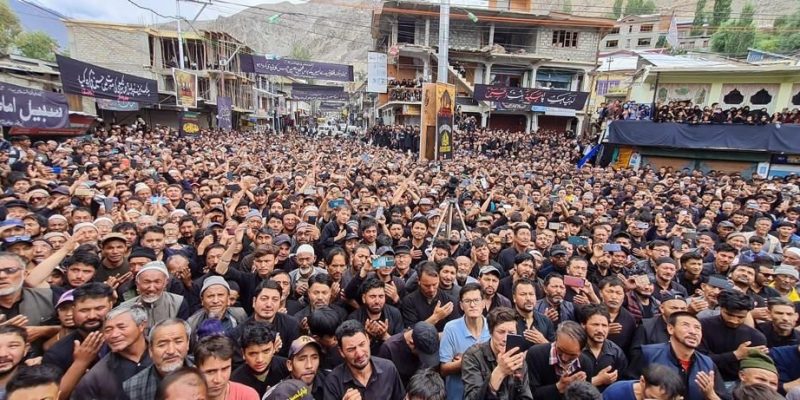 The Alam was given a tearful reception at Thasgam Drass at Imam Bargha Sofia Noorbakshia in which hundreds of Men and Women along with their wards reached and participated in the special Majlis.