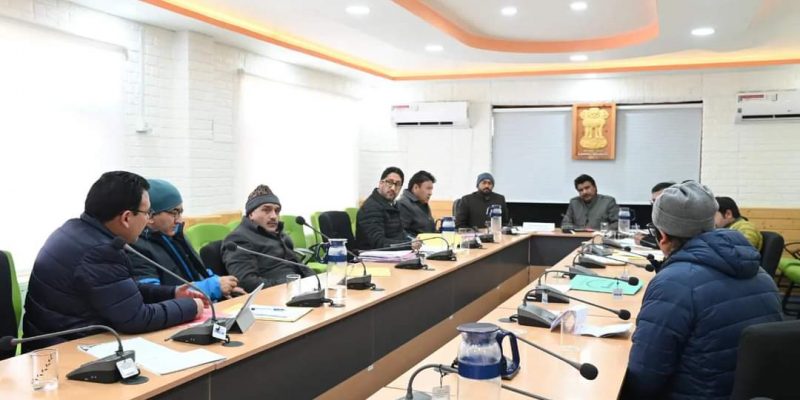 During the meeting, threadbare deliberations and discussions were followed regarding various activities and works being carried out by KREDA in the district. The Project Director KREDA briefed about various works undergoing through the agency.

The meeting was briefed about the progress of renewable energy works under which the CEC was informed that in the year 2021-2022, a total of 3,543 solar water heaters were distributed, further 6 water lift pumps and 14 Solar Photovoltaic were installed at various schools. 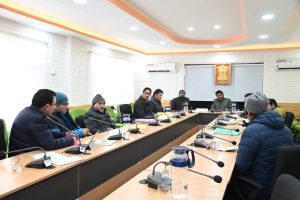 The CEC was further informed that the battery replacement of Solar Photovoltaic power plants was carried out under the SDP sector and details related to carbon saving due to the endeavors of KREDA were also discussed.

The CEC was further informed that Biaras Micro Hydro Power (MHP) has been connected with the grid station and attempts are being made to connect the other MHPs with the grid.

It was further informed that a proposal for the arious restoration of Sangrah MHP has been submitted to UT Administration. CEC Khan directed to explore options of shifting machinery and turbines to any existing Micro Hydro Project.

Regarding the works of Zangkul MHP, the CEC directed to wait for funds till December under the condition of fund release otherwise he directed to close the work and go for retendering.