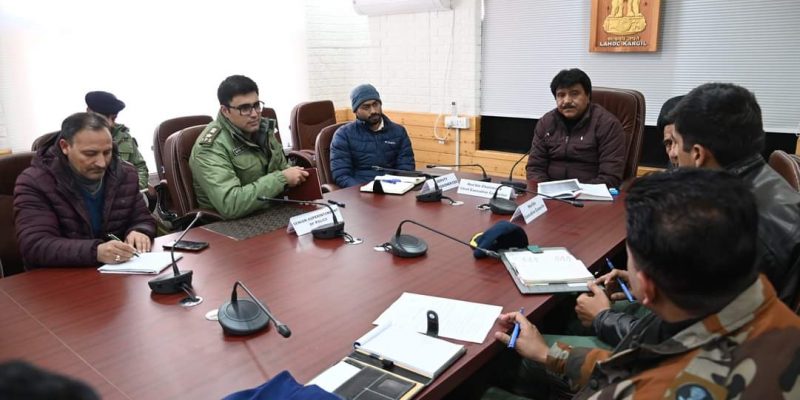 KARGIL, DEC 27, 2022: Chairman/CEC, LAHDC, Kargil Feroz Ahmad Khan today chaired a meeting at Council Secretariat to discuss arrangements of AN-32 Kargil Courier Service and IL-76 for evacuation of passengers and patients across Kargil, Srinagar and Jammu.

During the meeting, threadbare discussions and deliberations were held with officials on the successful and smooth execution of the AN-32 Kargil Courier Service.

The CEC said that online ticketing has streamlined the process of traveling. He said the district administration and concerned departments should take all measures for the successful conduct of the air services.

The meeting was informed that Liaison and Assistant Liaison Officers for Srinagar, Jammu and Kargil, have already been identified and necessary training regarding the execution of the services has been imparted to them. 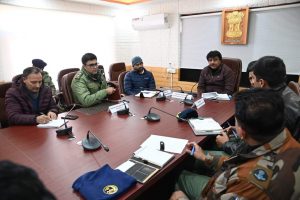 The CEC directed to make sure heating facilities, water supply and hassle-free electricity at the airport. He directed Animal Husbandry and Municipal Committee Kargil to remove the stray dogs from the airstrip at the earliest and maintain cleanliness of the airport. He also directed Sheep Husbandry and Cooperative departments to provide vehicles.

Khan further directed to take precautionary measures regarding Covid-19 management at the airport in view of Omicron BF.7 variant cases in the country.

The CEC further directed the concerned department to provide necessary logistics including furniture and washroom facilities in the VIP lounge of Kargil airport.

During the meeting, the officers of Air Force suggested stopping of the Sewerage Treatment Plant during flight operations, to which the CEC assured necessary action.

It was decided to request Commissioner Secretary Civil Aviation, UT Ladakh to start the operation from the first week of January and not to wait for the closure of Zojila pass as there is demand from passengers, particularly on Kargil-Jammu route.

Later, on the direction of CEC and DC Kargil, under the supervision of EC Social Welfare, the concerned officers including Executive Officer MC Kargil Salim Wazir, Nodal Officer Civil Aviation Kargil Mohammad Hassan and Officers of Air Force inspected the airport and took an assessment of required arrangements and facilities for the successful operation of AN-32 Kargil Courier Service.