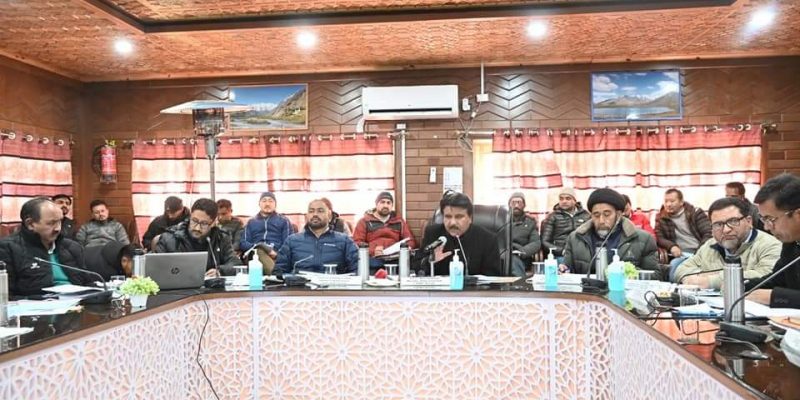 The CEC applauded district officers for the progress achieved till date and directed sectorial heads to pace up the progress of developmental works in view of the short working season.

Khan said as per the data of the Planning Department, till date 68 cr of expenditure has been booked which is a satisfactory achievement. Expressing optimism, he said with the same pace of work above 95 percent expenditure should be booked till March.

The CEC directed the concerned officers to book maximum expenditure in the subsidy component to achieve holistic development of the district through all budget schemes.

Khan also said review meetings will be held on regular basis to monitor and review all the developmental works in the district.

While briefing about the physical and financial achievements under CAPEX budget during the current financial year, DC Kargil said in major works, including ongoing and new schemes, around 31 percent progress has been achieved.

He said in the machinery and equipment sector, around 8 percent of progress has been achieved. DC Santosh said in motor vehicles, six buses (especially for higher secondary schools) were proposed for purchase along with the purchase of vehicles for other departments for which finance department has given approval.

DC Kargil said in the engineering sector, total budget is around 10159 cr out of which 3595 cr expenditure has been booked till date which is around 35 percent. 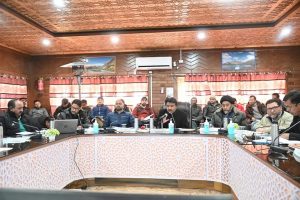 Similarly, in the non-engineering sector, the total budget is around 13172 cr out of which 3112 cr expenditure has been booked to date which makes it around 24 percent.

The Deputy Commissioner expressed satisfaction over the progress achieved so far and stressed all officers to work with dedication to achieve maximum physical and financial progress before the closure of the current working season.

DC Kargil further said that the Girls Hostel Sidra in Jammu is almost at the completion stage and it would be inaugurated soon.

Similarly, the DC said the Kargil House Srinagar is complete except the purchase of furniture for which a tender has been floated and the purchasing will be completed soon.

DC Santosh said the DPR of Ladakh House Kargil wing Delhi is almost at the final stage and the construction work of the building will be started from January onwards.

DC Kargil further said the major concern of the Councilors and the general public regarding the recruitment has been resolved. He said recently DSSRB Kargil notified around 83 posts and around 250 posts are in pipeline which will be notified at the earliest.

Threadbare discussions and deliberations were held department-wise on ongoing works under CAPEX budget. Councilors of the respective constituencies resolved the issues pertaining to the developmental works during the discussion session.