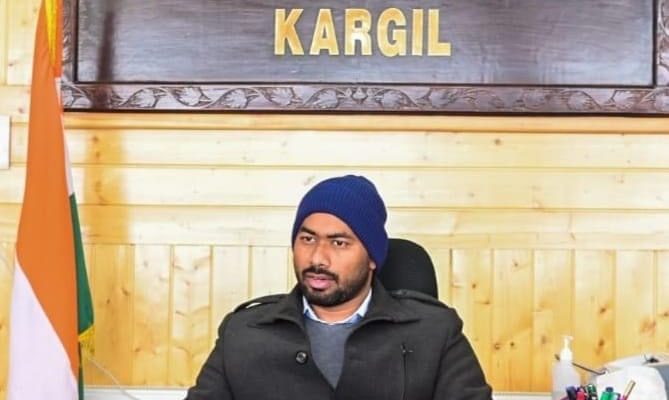 Kargil, Jan 10, 2023: Deputy Commissioner/CEO, LAHDC, Kargil Santosh Sukhadeve today urged people to update their Aadhaar details in case they have not updated it during the last eight to ten years.

The Deputy Commissioner said as per guidelines issued by Unique Identification Authority of India (UIDAI), all Aadhaar holders shall update their Aadhaar details with their mobile numbers, email ID, current proof of identity and current proof of address.

He further mentioned that the citizens of Kargil can visit the nearest Aadhaar Seva Kendres which are located at Block Development Office at every Block of Kargil or can also get it done online through My Aadhaar portal and m-aadhaar mobile application. 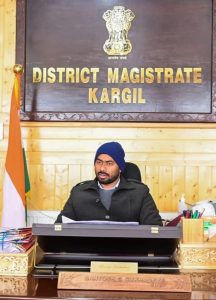 DC Santosh said that during the past decade, the Aadhaar number has emerged as a universally accepted proof of identity for residents in India, therefore keeping the documents updated in the Aadhaar helps in ease of living, better service delivery and enables accurate authentication.

He also appealed to parents to enrol their children for Aadhaar and get the Aadhaar details updated for their children between 5 and 15 years at the earliest.

The DC Kargil said Aadhaar authentication is widely used in large no of government schemes. Many financial institutions like banks and NBFCs, among others, use Aadhaar to authenticate and onboard customers seamlessly there by updating Aadhaar plays a crucial role to avail the benefits of these services in a smooth and hassle free manner.