Amid the extreme intense cold,the inhabitant of Mohalla Dumbur Sankoo who are located near Masjid-E-Sharif people are struggling with a water crisis because of freezing water taps

While talking to our correspondent a local female from Dumbur said,that people in the area have to fetch water from one kilometer to get a drinking water. “During harsh winter, it was very difficult to fetch drinking water from nearby area which is a kilometer away from our house,” she said.

She further added that women of the area face countless problems and government has “failed to resolve their water issues”.

People also lamented, despite they have made repeated pleas to the authorities but “things remained unchanged on the ground.”

10 Household depend on one Pipe line as per resident informed this problem also seen in summer and Winter Season too said,a local Mohd Baqir Balti.

Mohalla Dumbur Sanko appealed the concerned PHE Department to look into the matter and urged for early redressal to their demand . 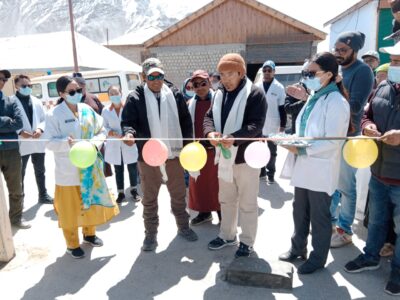