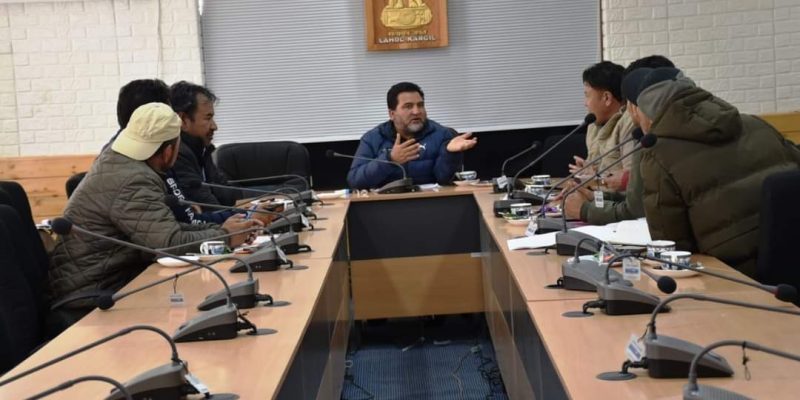 During the meeting, the EC inspected the work progress of new schemes under Capex Budget and tendering process of the new projects.

EC Naqvi directed the concerned officials to complete the pending works in Sodh block and also directed for early release of payment to contractors.

He also inspected the work progress of Ice Hockey Rink and Astro Turf Football Ground and directed to hand it over to the Sports Authority of India (SAI).

Naqvi also directed the Superintending Engineer to issue a notice to Electrical Division Kargil to install electric meters in every single department.

In a threadbare discussion, the concerned officials raised issues regarding land at Karkichu and other areas of the district to which the EC assured early redressal and directed for continuation of the work.

The EC also directed the concerned officers that the works should be completed 100 percent before November end without any further delay.

He added that the delay of work is happening due to delay in land and tree compensation from the Revenue Department.