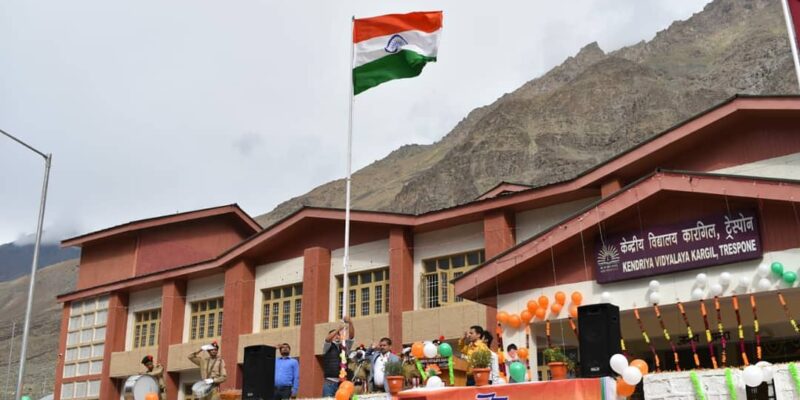 Kendriya Vidyalaya Kargil celebrated the 75th independence day with great patriotic zeal and fervour. A day prior to the independence day, the school was decorated with buntings, and lighting lamps. 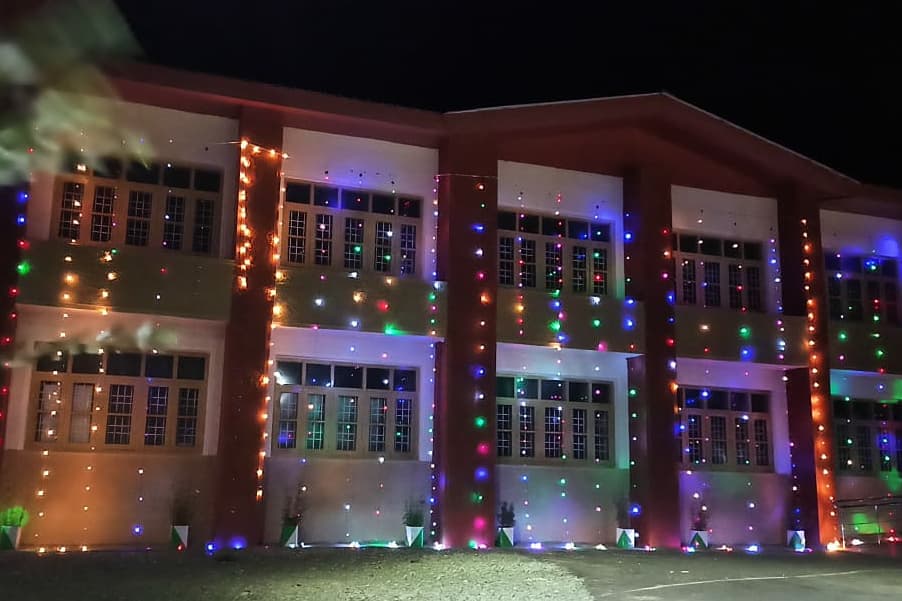 To begin with Mr. K.S Pathania Principal KV Kargil hoisted the tricolour after this, the National Anthem was sung.
The programme began with the welcome song which was sung by Cho-Cho Sakina and group. The welcome song was followed by the certificates which were given away by the Principal to Mr. Rajiv Jain (PGT Physics), Mr. Rahul Pathania (PGT Biology), Mr, Rahul Kumar (PGT CS), Mr Sayan Mondal (TGT S. St) and Mr. Rajesh Kumar (PGT English), for giving best result in the region during the session 2020-21. 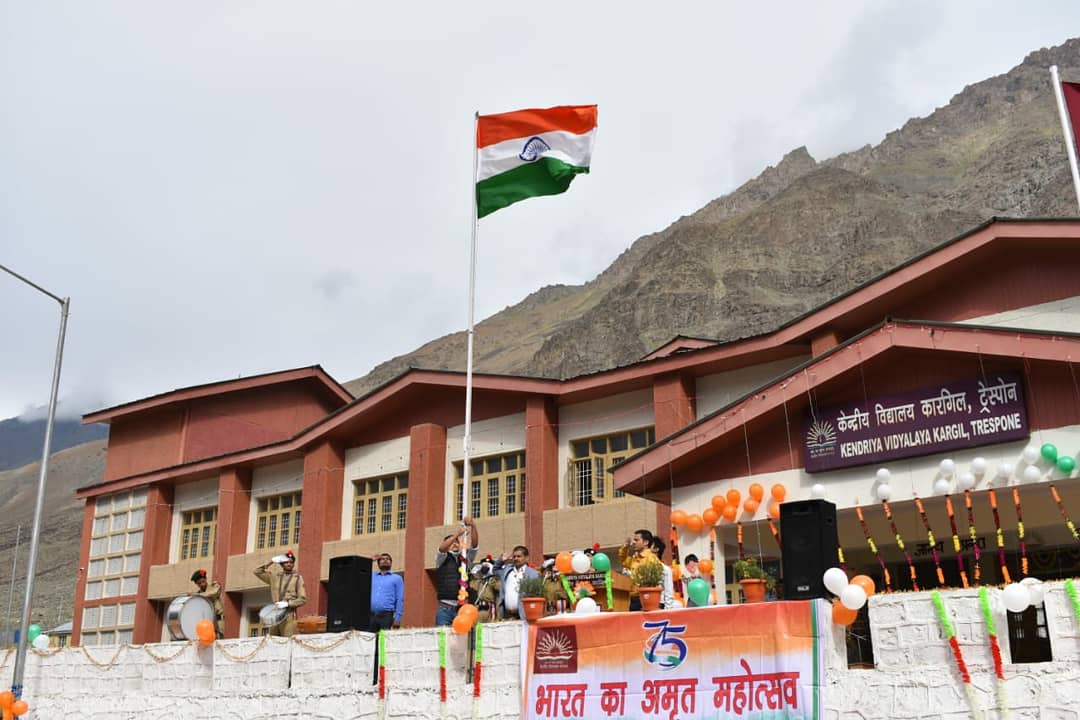 It was then followed by the Principal’s address to kindle the patriotic fervour among the gathering. Then, Ali Akbar of class X delivered an English speech to mark the occasion. Rimi Sinha of class IX performed a solo dance to the tunes of ‘Ae watan aabad rahe tu’. Next performance was a Hindi speech by Cho-cho Sakina which increased the feelings of patriotism among the gathering many folds.

After that a melodious group song was sung by Shaheeda Batool and group which was applauded by one and all. Followed by this was, another English speech which was delivered by Suyash of class IX and it kindled the patriotism even more. Next performance was a Hindi speech which was delivered by Nargis of class IX and got everyone spellbound with her enthusiastic speech which was very well knit in words.
To conclude the programme, vote of thanks was extended by Mr. Pradeep Kumar (TGT Sanskrit). Refreshments were distributed among the students after the conclusion of the programme.

TheTraining/Handholding sessions on all modules of PFMS for DDOs of Kargil begins at Auditorium, Kargil