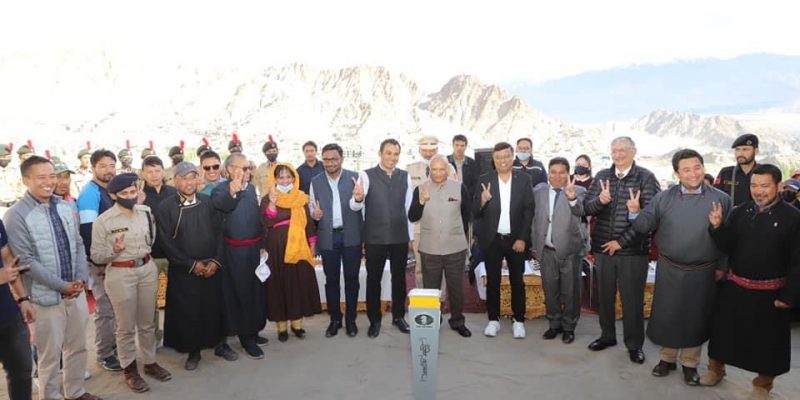 The torch, launched by the Hon’ble Prime Minister Narendra Modi at New Delhi on June 19, reached Leh today and shall be taken from Leh Palace till Shanti Stupa via Leh Main Market and Sankar. 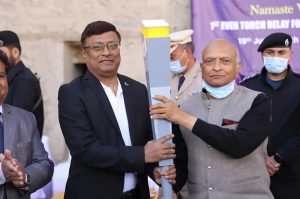 Terming the occasion as historic for Ladakh and also the country, LG Mathur stated that it is an honour for the country to host the 44th Chess Olympiad in which chess players from 189 countries will take part. He said that the Chess Olympiad Torch Relay is a tribute to India for inventing the game of ‘chaturanga’ which later took the form of chess.

Praising GM Dibyendu Barua for being the second Grand Master after Vishwanathan Anand to receive the title, LG Mathur stated that the players from Ladakh are privileged to get the opportunity to play rapid chess matches with GM Barua. He said Ladakh is proud to be the second place after Delhi to receive the torch.

Stating that players from Ladakh are doing well in outdoor games, LG Mathur also encouraged them to take up chess and make Ladakh proud. He also wished luck to the Indian team for the Chess Olympiad.

GM Barua briefed about the Chess Olympiad to be held in India for the first time and thanked FIDE for initiating the Torch Relay. 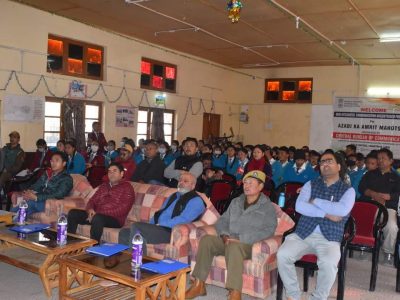