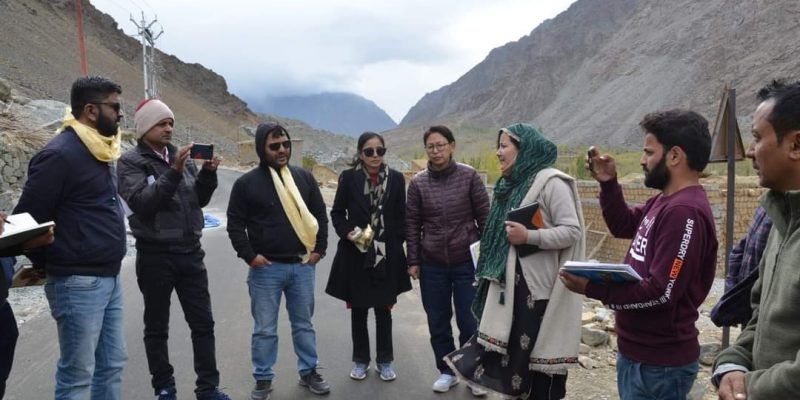 The team studied the developmental activities in the district post-formation of Union Territory, implementation of centrally sponsored schemes and UT schemes at various villages of Kargil. 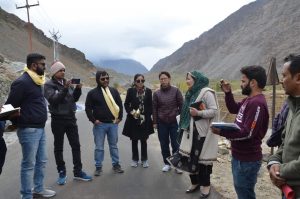 The team of journalists associated with various print and electronic media houses experienced the best practices followed by the UT Administration in the field of agriculture which has got recognition and the implementation of several other schemes.

During the visit to the newly constructed 300-bedded district hospital and Oxygen Plant at Kurbathang, the PIB team met the concerned officials and were apprised about the ongoing development works.

During the visit to Panchayat Ghar Sankoo, the Self Help Group (SHG) Sankoo showed the manufacturing of sanitary pads and its distribution at low cost. PIB official said this is completely a positive developmental activity and will help in women empowerment. The concerned VLW Jinnah detailed about sanitary pad manufacturing process.

The Deputy Director PIB appreciated the pace of ongoing developmental activities in Kargil district and also in the whole UT Ladakh.

Singh also said that the funds provided by Union Government for various schemes were effectively utilized by concerned departments of district Kargil. He thanked all the stakeholders of the tour and appreciated their support.