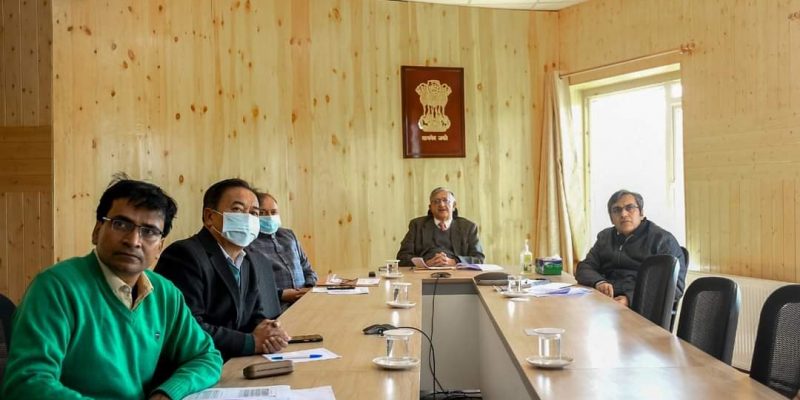 Telecom operators to roll out 5G services in Ladakh by 2023

Leh, October 11: The 2nd State Broadband Committee (SBC) meeting of the Union territory of Ladakh was held under the chairmanship of Advisor Ladakh, Umang Narula, at the Civil Secretariat, Leh.

Advisor Narula observed that there has been a lot of improvement in terms of additional towers that have come up in Ladakh after it became a Union Territory. He said that the identification of land and required paperwork for setting up additional towers should take place during the winter season so that work can start immediately in the next working season. He stated that digital communication in Ladakh should be upgraded most urgently and asked the telecom operators to start rolling out 5G services in Ladakh by 2023.

In the meeting, ADG (Rural), Sh. Sachin Lamba apprised the participants that since the first SBC meeting, 62 villages of Ladakh have been provisioned under the Universal Service Obligation Fund (USOF) scheme. RJIO has installed 4G BTS in 54 of these villages, he added.

Further, he shared that a list of 330 villages/hamlets was provided by the Ladakh administration to DOT for the provisioning of mobile connectivity. Out of these,192 have been planned under the USOF scheme and the work has been awarded to BSNL while the remaining villages will be planned under phase II, he added. He also informed that RJIO and Airtel now have ring topology of OFC in Ladakh through the Zojila and Manali routes. 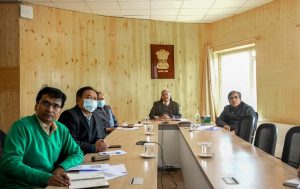 As the telecom network is the backbone on which other sectors ride, Advisor Narula exhorted that non-provision of telecom connectivity to villages is the most pressing issue in Ladakh. Highlighting the difficulties faced by the public especially the students, in far-flung areas he urged the telecom operators to make internet connectivity a top priority in unreached areas. He asked them to appoint dedicated officers on the ground to address the grievances of the people.

Principal Secretary of the IT Department, Sanjiv Khirwar, stated that in order to ensure complete coverage of villages, 128 Project sites (Mobile Towers) covering 192 villages have been sanctioned by DoT. Additional 133 villages/hamlets have been sanctioned by DoT under the 4G Saturation project, he added. The Principal Secretary asked the telecom operators to come up with a winter action plan to address the issues faced during the winter months.

CGM, BSNL, J&K Circle, Sanjiv Tyagi apprised the meeting that BSNL has been onboarded on PGCIL fiber to ensure redundancy in the BSNL network for the Ladakh region.

Sr. DDG, J&K LSA, Ms. Sunita Chandra urged the telecom operators to ensure the maintenance of the existing infrastructure so that good quality of service and availability of the network is ensured to the public.

Dhananjay Gawanday of COAI said that private operators need to step up their involvement in the region. There is a requirement to cater not only to the local population but also to the security forces, tourists, and migrant population in the region, he added. He further said that in areas where power supply is a constraint, Ladakh has got a good potential for solar power and as it develops further, operators would also look forward to having access to green energy.