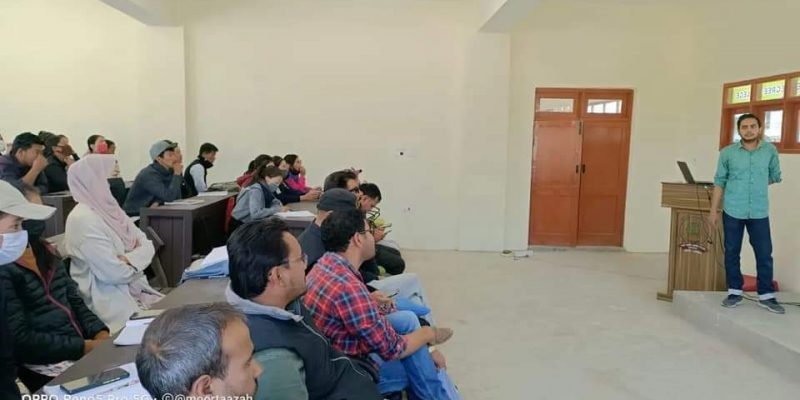 Seminar on documentation of Zanskari language held at GMDC Zanskar 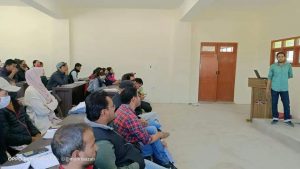 Maaz Ahmad Shaikh, a linguistic research scholar, from University of Alberta, Edmonton, Canada, presented a detailed presentation on the topic.

During his presentation, he highlighted the morphology, structure and origin of different Ladakhi dialects, viz-a-viz comparative analysis of different dialects in Ladakh.

He said a language which is an identity, is more than simply a means of communication and connected with emotions, traditional knowledge, practice, culture of a particular region. 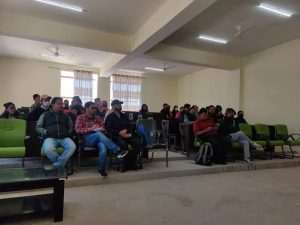 The research scholar said that every language has its own structure, and grammar and has its own value and ethics. Therefore, no language can be considered superior or inferior.

Shifting and mixing in a language is inevitable but at the same time, preservation and revitalization of a vernacular language is important.

During his presentation, Shaikh mentioned that around 7000 types of languages are used across the world. He also spoke at length about Zanskari language, which is considered endangered by some researchers and authors.

He also explained the classification of Western Tibetic varieties spoken from Baltistan to Lahaul-Spiti language, survey of existing research, fate and challenges in documenting Zanskari language.

Shaikh also shared some slides of schools and language shift and the role of schools in language maintenance from Dr Julia Sallabank, SOAS, UK (2019).

The speaker emphasized that the whole documentation and revitalization project on Zanskari language is not a one-man task but community-centric teamwork.

He also enumerated the young audience the advantages which will follow after getting involved in this project and urged them to come forward and contribute in documenting Zanskari language.

Shaikh also informed the participants, how the documented materials in the project will be archived at Computational Resources of South Asian Languages (CoRSAL) archive of the University of North Texas (UNT) Digital Library.

In his concluding remarks, Prof. Nasir Shabani, principal GMDC Zanskar, stressed on the role of college students in preserving and documenting the local vernacular language.

He also presented vote of thanks to the speaker, students and faculty members of the college who participated in the seminar. Earlier, Dr Jamphel Sheyan, Assistant Professor English, presented welcome speech.