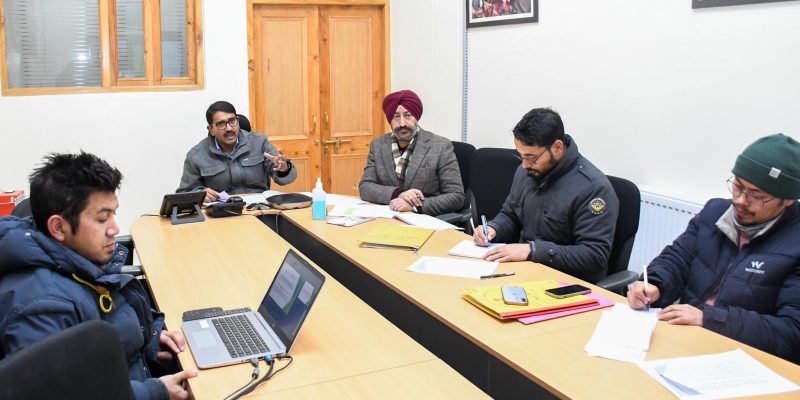 Leh, Jan 12: Commissioner/Secretary, Industries & Commerce Department, Saugat Biswas chaired the 2nd State Geological Programming Board meeting at UT Secretariat to review the progress made in regard to subjects discussed and finalized during the 1st meeting held in 2021.

Commissioner/Secretary Biswas stated that Ladakh is a geological paradise and it is the Administration’s aim to leverage this potential for the economic development of Ladakh.

He highlighted that the students of Ladakh have the added opportunity of experiencing practical knowledge, and projects such as geology labs, museums, etc, can change the dynamics of teaching and learning geology and allied subjects. Further, such projects will also play a vital role in the promotion of geo-tourism in Ladakh. In this regard, he stated that such initiatives are being envisioned by the Administration which can attract students of geology, researchers and geology enthusiasts both from within and outside Ladakh.

The Department of Geology and Mining, UT Ladakh had sought assistance from Geological Survey of India (GSI), Jammu in studying the base metals in Ladakh region, consultancy in the construction of a geological museum at Lamayuru, etc. 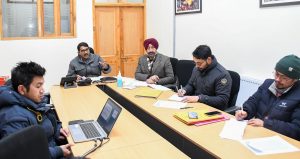 Commissioner/ Secretary Biswas stressed developing the museum at Lamayuru as per international standards and urged GSI to provide their guidance. He further urged GSI to provide training to officials of the Department of Geology and Mining, Ladakh in geological mapping and allied matters. Studies to explore mineral/coal/gemstone deposits at various locations across Ladakh, exploring the Geo-tourism potential of Ladakh, etc were discussed with Director General GSI, Jammu.

The meeting was attended by Director, Department of Geology and Mining, Ladakh and officials of GSI Jammu and Lucknow attended the meeting.