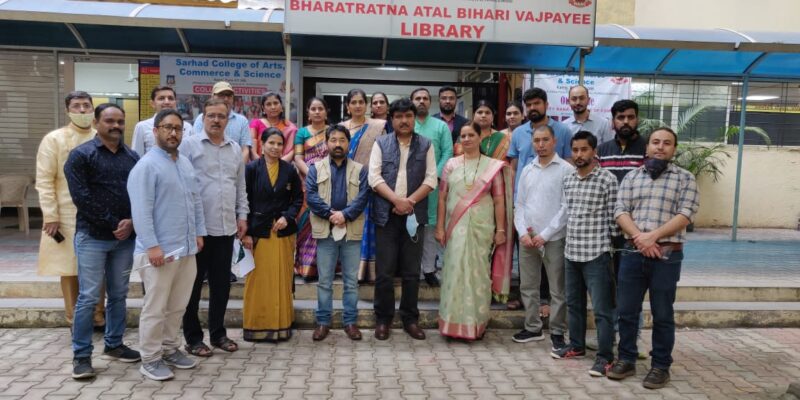 Kargil International Marathon 2022 to be celebrated as a grand event: CEC LAHDC Kargil

On the first day of the visit, Feroz Khan and team visited the National Film Archives of India situated at Pune and interacted with the Director NFAI Prakash Magdum. Later in another event the team interacted with the media fraternity of Pune at the Press Club of Pune. A large number of mediapersons took part in the event. 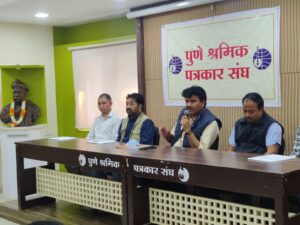 Speaking on the occasion, Feroz Khan pitched for stringer relations between the two cities especially in the sectors of Education, Tourism and Skill Enhancement. He stressed upon the need for realizing the potential of Kargil as a high-altitude location for physical trainings especially for athletics. In this regard, he said that the Kargil International Marathon organized by Sarhad Pune in Kargil can play a pivotal role in drawing athletes from all over India to Kargil. He assured that the LAHDC Kargil shall make all efforts to organize the Kargil International Marathon 2022 as a grand event in September 2022. He invited all athletes, through the medium of the Press Club of Pune, to Kargil in September 2020. He hoped that the pandemic situation would subside by summer 2022.

During the occasion, President Pune Shramik Patrakar Sangh Mangesh Kolapkar welcomed the team to Pune and assured that the local media will play its role in strengthening the bonds between the two cities. 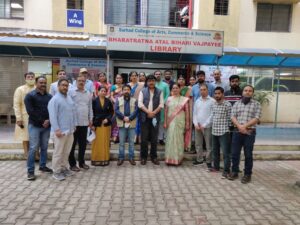 Feroz Khan and team later made a visit to the campus of Sarhad College of Arts, Commerce and Science and Sarhad School Pune where they were informed that over 6000 students were on roll in the two institutes being run under the aegis of the organization. They were also given to know that over 40 students from Kargil are also undergoing their higher and school education in these institutions.

During the event, Founder Roots Ladakh Muzammil Hussain gave a detailed presentation about the scope of Tourism in Kargil. Speaking during the event President AKTTA said that Kargil is gradually making its mark on the tourist map of India. Responding to questions from the travel and tour operators of Pune, CEC Khan said that about 40% of all tourists arriving in Kargil hails from the western states of India including Gujrat and Maharashtra. He urged the travel and tour operators of Pune to help LAHDC Kargil realize the true potential of Kargil for a sustainable and eco-friendly Tourism industry in Kargil.

A detailed questions and answer session followed the discussions wherein members of the Travel Agents Association Pune enquired about various practical and operational issues faced by tourists during their travel to Ladakh. The team assured that all steps are being taken in due consultation with the governments of UT Ladakh as well as the UT J&K to enable hassle free access to all tourist destinations in UT Ladakh. A very interesting play was also staged at the venue prior to dinner by artists of the Swatantra Theatre, Pune.