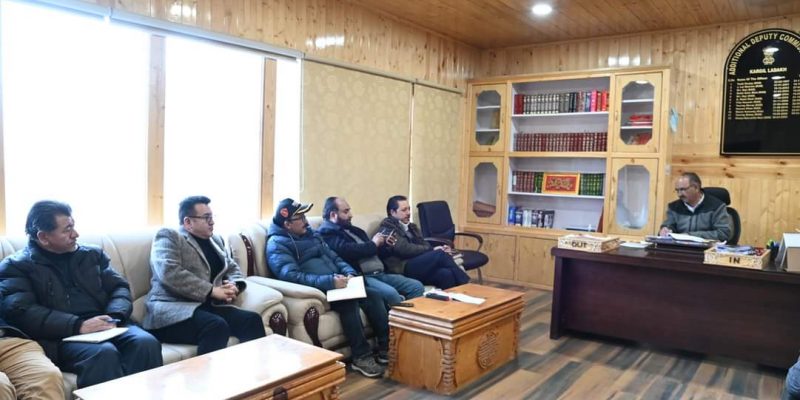 The ADC took a detailed review from all the concerned officers regarding the preparations of the ‘Good Governance Week’ celebrations and instructed them for successful observance of the week.

ADC Wani instructed the officers of concerned departments to submit success stories in video format with brief write ups and pictures. He said the departments can also submit stories of best practices that will replicate the success achieved by the department. 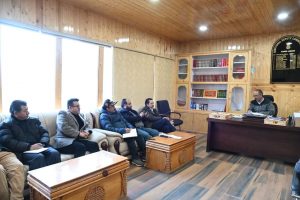 During the meeting, the ADC directed Naib Tehsildar Kargil to submit a plan that will portray LRC issuance and mutation process at different locations in the district.

It was informed in the meeting that a skit on “Good Governance Practices” will be played and videos of success stories will be uploaded through NIC after selection.

The ADC also instructed the concerned officers to design the banners with logos of Azadi Ka Amrit Mahotsav and G-20 Summit.

Subject to fair weather and road clearance, LMVs Passenger/Private Cars shall be allowed from both sides on Jammu-Srinagar NHW viz Jammu towards Srinagar and vice-versa