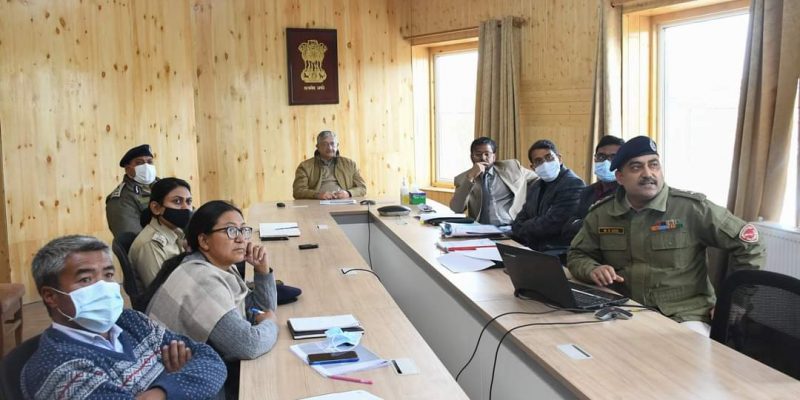 Digilocker documents to be accepted by Traffic Police Ladakh

In the meeting, the Advisor stated that the documents such as driving licence (DL), registration certificate (RC), pollution-under-control (PUC) certificate, etc. on Digilocker shall be deemed to be legally recognized documents at par with the original documents. Digilocker is a key initiative of the Ministry of Electronics & IT (MeitY) under ‘Digital India’ which aims at ‘Digital Empowerment’ of citizens by providing access to authentic digital documents to citizens’ digital document wallet. Advisor impressed upon the concerned officials to launch awareness drives to sensitize people regarding the online apps meant for storing details of vehicular documents. He reiterated that traffic rule violators shall be dealt with sternly and fined as per the law. While discussing the surge in road rage instances, the Advisor exhorted that the perpetrators must be prosecuted and punished.

Commissioner/ Secretary, H&UDD, Ajeet Kumar Sahu exhorted that wearing reflective jackets shall be made mandatory for the safety of traffic personnel and workers.

The Advisor directed the concerned officials to come up with DPR and future action plans for the proposed construction of a Model Bus Terminal with Integrated Taxi Stand, Mazda Stand, Local City Transport/ Van Transport; development of paid parking and improvisation plan to mitigate the perennial traffic issues.