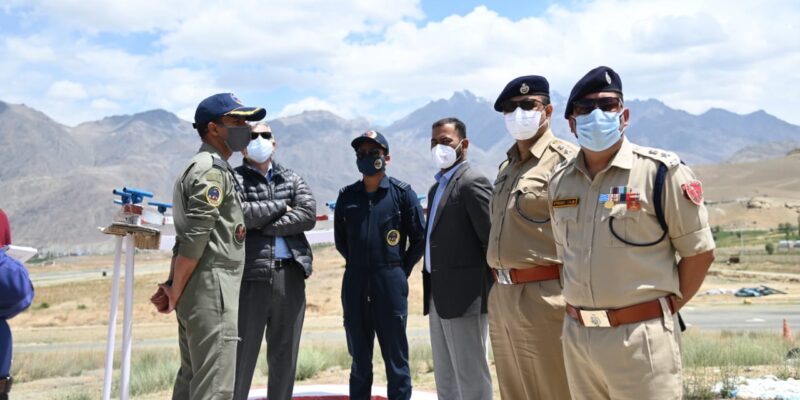 Reviews pace of progress of developmental works during officers’ meeting

KARGIL JUNE 19, 2021: Advisor Ladakh Umang Narula today visited Kargil Airport to take stock of the possibilities of the expansion of the airport for landing of heavy and medium aircrafts. 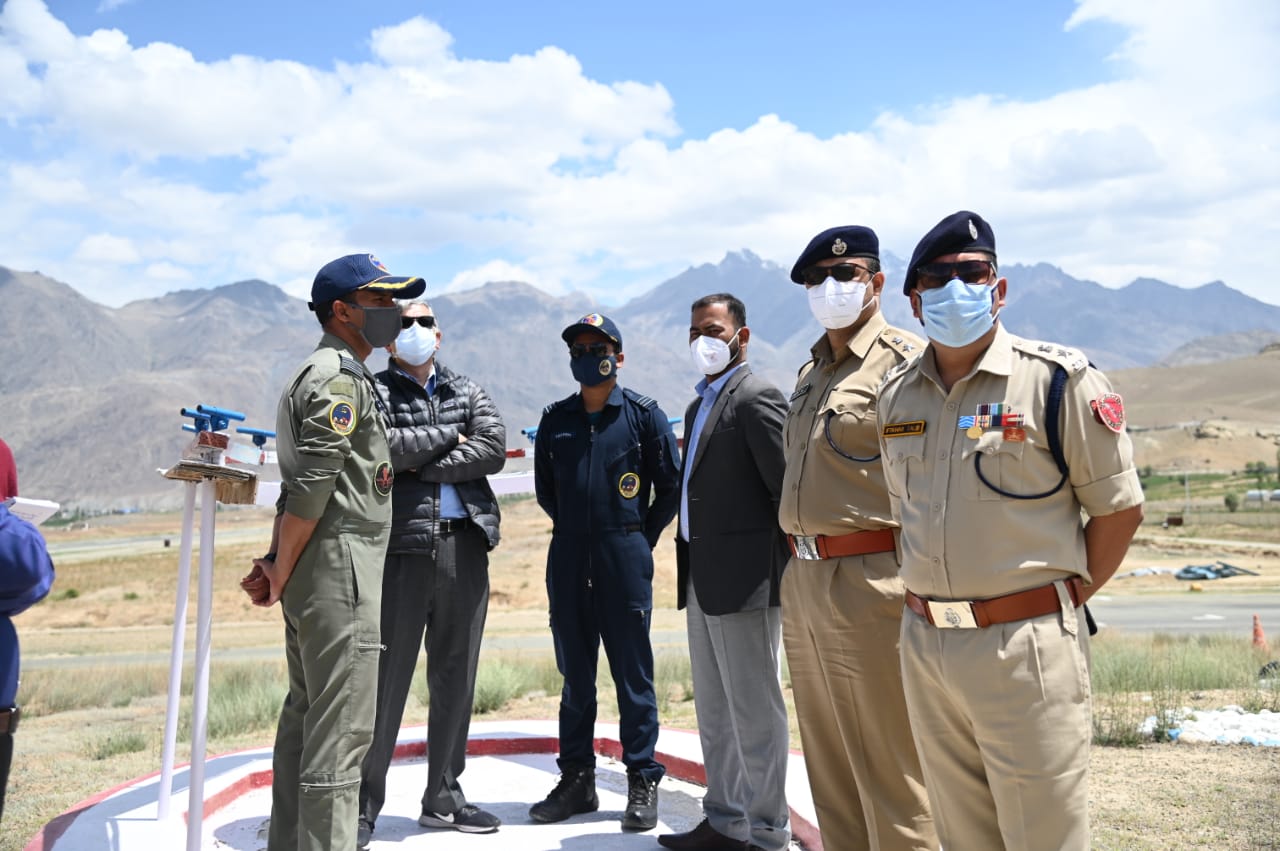 Concerned officers of the Kargil Airport apprised the Advisor about the possible ways of extension of the existing runway.

The Advisor also discussed the establishment of helipad inside the Kargil Airport premises for smooth operation of MI-17 helicopter services for the inhabitants of Kargil by Pawan Hans Helicopter Services during the winter months.

The Advisor also inspected the ongoing works of the international standard ice hockey rink near the Kargil Airport at a project cost of Rs 4751.42 lacs out of which Rs 913.65 lacs has been expended so far. 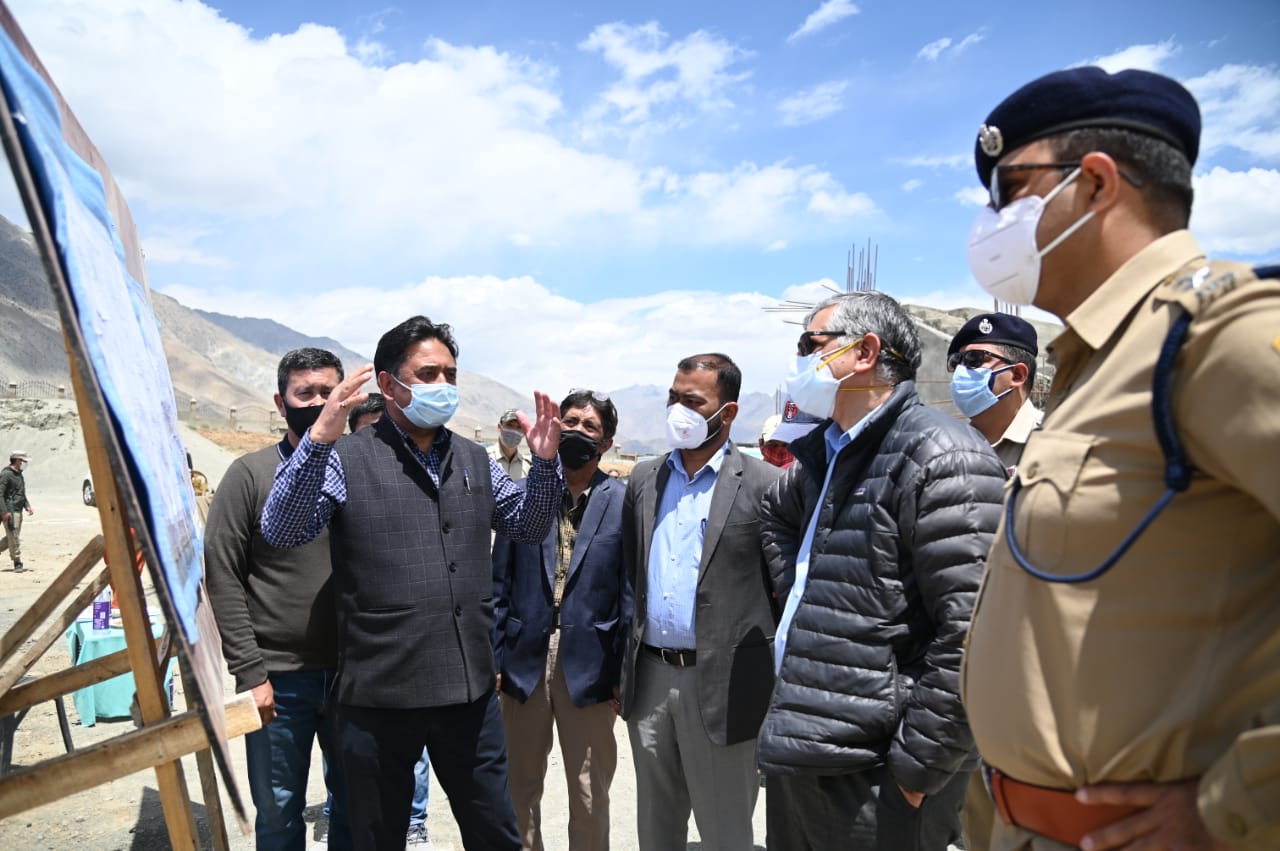 On the occasion, the concerned officers informed the Advisor that the civil works are presently going on in full swing and expected to be completed by the end of this year, adding that procurement of the necessary equipments are presently being worked out in consultation with consultants.

It was further informed that the project spread over a total build up area of 6990 sqms will have state of the art galvalume double skin high tensile roof, swimming pool of 25mx50m, cafeteria besides other facilities and a seating capacity for more than 1000 spectators.

The Advisor instructed the concerned officers to ensure completion of the remaining works on the project within the stipulated timelines while laying due stress on the quality and quantity parameters.

Meanwhile, Advisor Narula also took stock of the ongoing works on the construction of 300 bedded hospital at Kurbathang where the engineers of PWD Department Kargil informed that out of the 3 blocks of the hospital, 1 block has been converted as a part of the Dedicated COVID-19 Hospital Kargil. 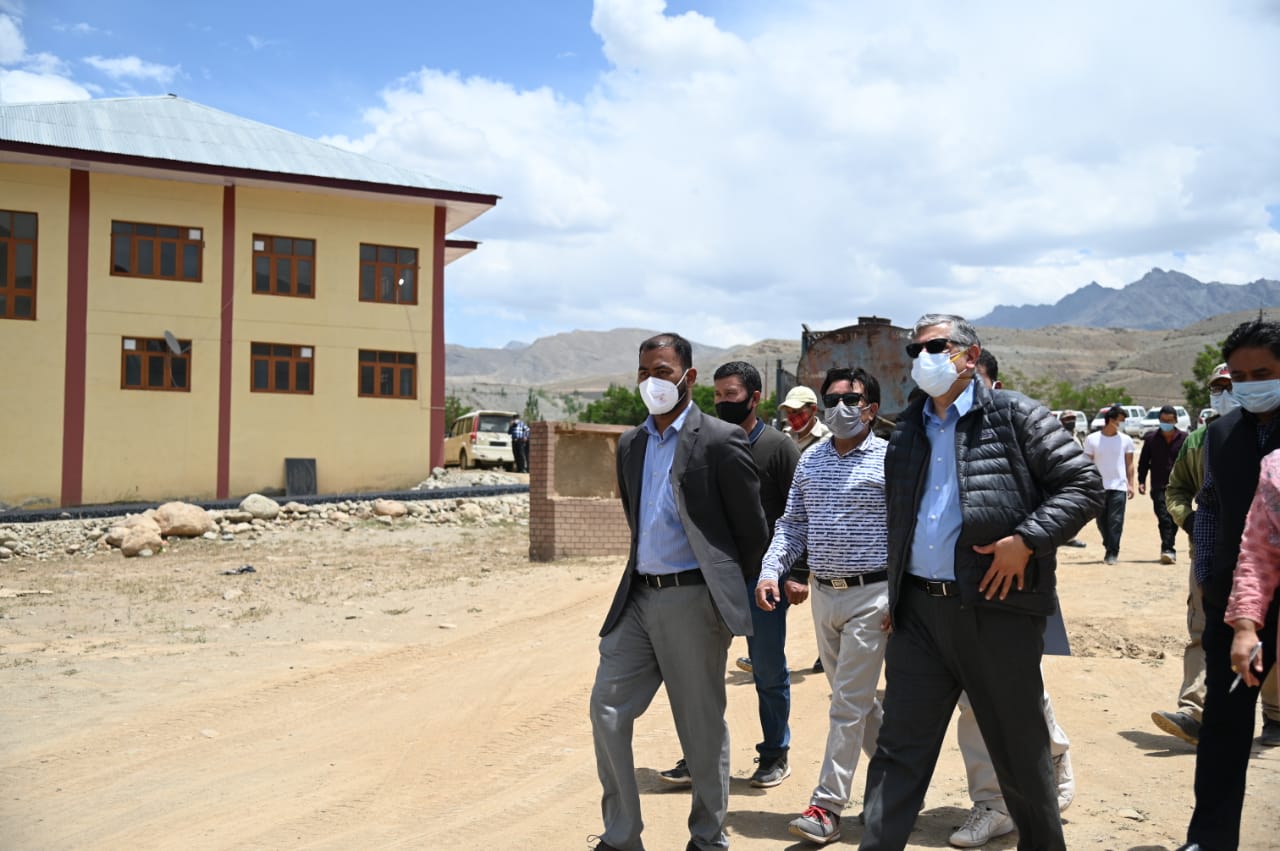 Advisor Narula directed the In Charge Chief Medical Officer Kargil to prepare a detailed proposal in consultation with the Secretary Health and Director Health UT Ladakh with regard to the requirement of machinery and equipments, manpower requirements, recurring cost and other modalities to operationalize the 300 bedded hospital once it is completed.

Meanwhile, the Advisor held a meeting with the Chairman and Chief Executive Councillor, LAHDC, Kargil Feroz Ahmad Khan and the Executive Councillors during which various issues like initiation of recruitments, plan/budget issues, administrative issues and other related issues came up for discussion.

Later, the Advisor convened a meeting with the Deputy Commissioner Kargil, Directors of different departments stationed at Kargil and the district officers to review the status of developmental activities in PWD, RDD, Agriculture, Horticulture, Tourism and other departments. He also inquired from the officers about different issues pertaining to their departments. 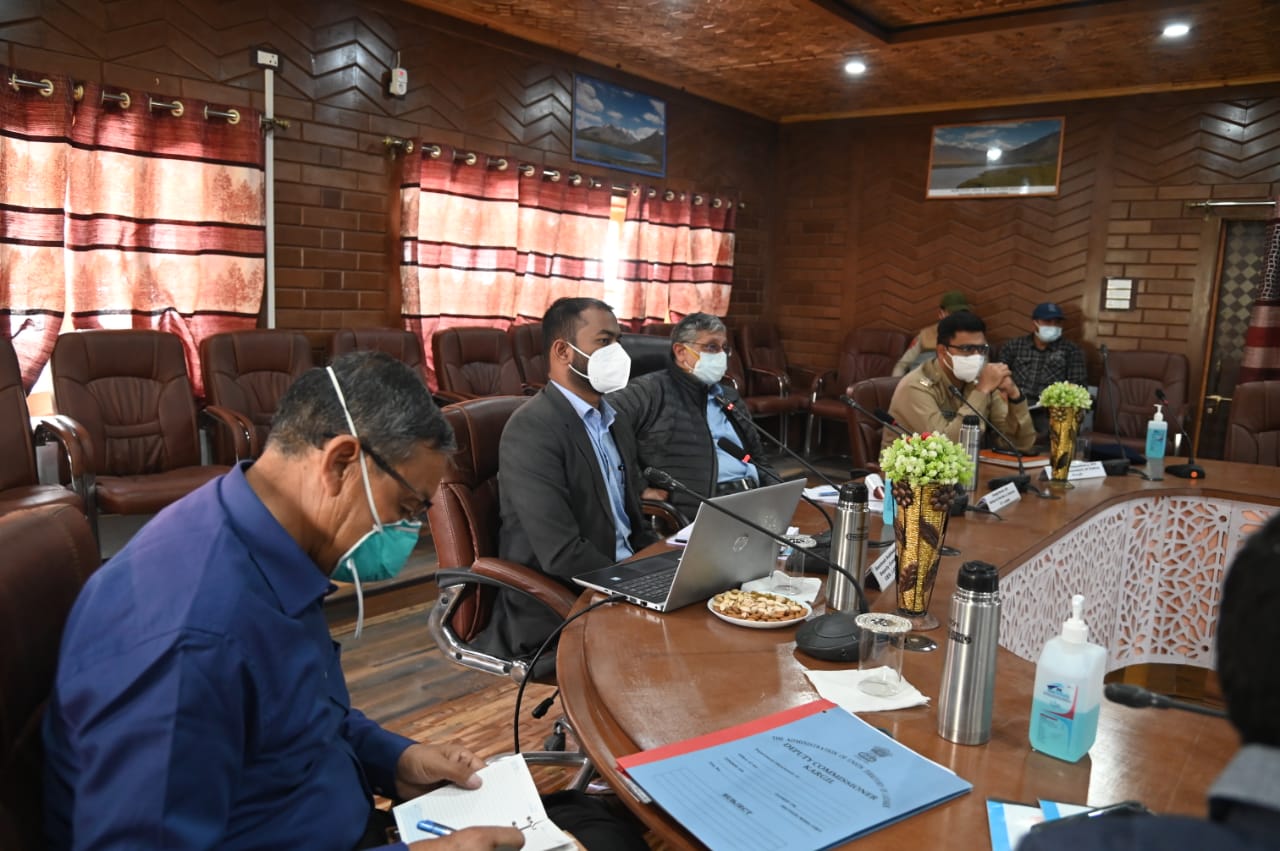 The Advisor stressed on officers to ensure preparation of holistic and integrated plans to make schemes workable and people friendly. He also instructed officers to ensure financial discipline and strict adherence of the General Financial Rules (GFR) to ensure optimum utilization of funds. 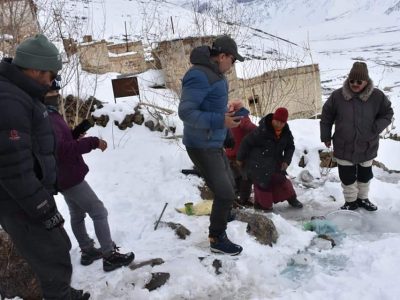