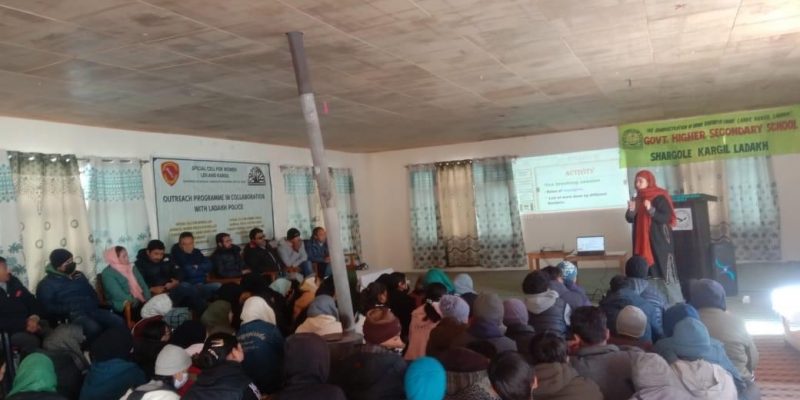 Social Worker from Special Cell for Women and Children Kargil, Hassina Batool, informed the participants about services of the special cell.

A brainstorming session also held which was followed by a question and answer session. A movie on gender discrimination was also screened.

While interacting with participants, Batool briefed them about gender norms that have created inequalities in society.

The social worker informed the participants about different forms of violence in society which include financial, verbal and emotional abuse.

She encouraged the participants to break the silence of violence against women and children either in the form of harassment, stalking, blackmailing or any other form of violence. 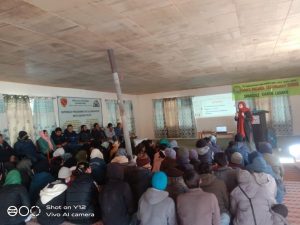 The social worker also informed the participants about the emergency services of police and also shared the emergency response number (112) and the helpline number of the special cell for women (9541902328).

In view of frost and slippery conditions of the road*, tomorrow subject to fair weather and road clearance, *only one way traffic from Srinagar towards Kargil* shall be allowed on Srinagar-Sonamarg-Gumri road.