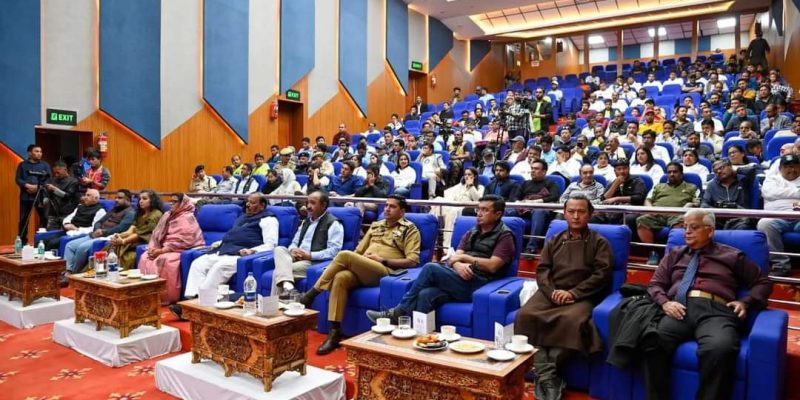 During the felicitation ceremony organizers and people associated with the Kargil International Marathon, 2022 were felicitated and appreciated for their contribution and work for making the marathon successful. 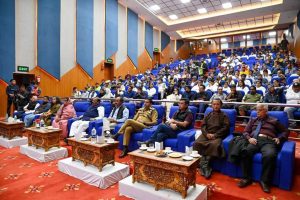 CEC Khan thanked Sarhad Pune for conducting the marathon smoothly and congratulated all the departments for their cooperation in making the event a grand success.

Khan said the aim of conducting such events is to promote tourism and provide a platform for young athletes. He added that is also aimed to promote apricot across the world as Kargil is known for it. While referring to One District One Product (ODOP) program, he said that the promotion of apricot is need of the hour.

Khan appreciated the contribution of Kargil Gaurav Awardees for their contribution for society and for the nation and congratulated them on the conferment of the award.

He encouraged the EKIndia Ring initiative for distributing it to India’s brave hearts and families of martyred soldiers.

The CEC urged the dignitaries and guests who had come across the country to promote Kargil and be its ambassadors.

Later, Khan thanked Ladakh Police, Sponsors, and other departments for their hard work and dedication for making the event successful and hoped to organize such events at a larger scale in the future as well. Kargil Gaurav Award recipients and Col K K Venkat Rammana also addressed the gathering.

The dignitaries and officers were also gifted EKIndia Ring by the concerned and a video on the same theme was also screened on the occasion.

Sanjeev Shah from Sarhad Pune presented vote of thanks while the program proceedings were conducted by Murtaza Fazily, Reporter Information Department Kargil.