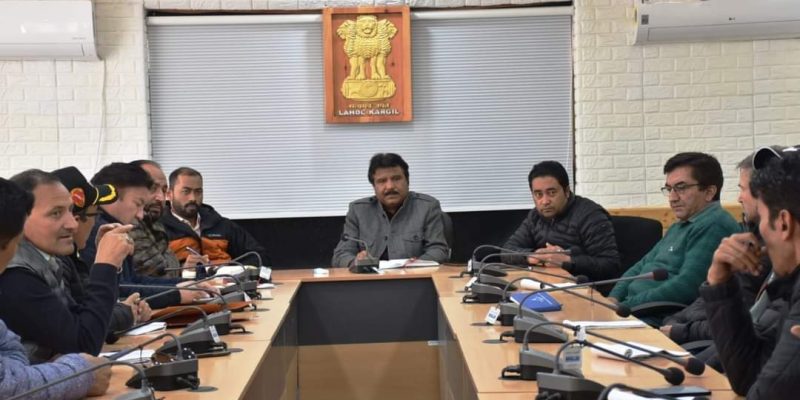 KARGIL, OCTOBER 26, 2022: Chairman/CEC, LAHDC, Kargil Feroz Ahmad Khan today chaired a meeting regarding shifting of District Hospital Kargil to the newly constructed 300 bedded Hospital at Kurbathang in order to finalize all the arrangements.

A threadbare discussion was held for finalizing the arrangements regarding the shifting of DH Kargil to the newly constructed hospital at Kurbathang.

The CEC informed that formal request will be sent to the Lieutenant Governor Ladakh, RK Mathur to inaugurate the 300 bedded hospital in the first week of November. 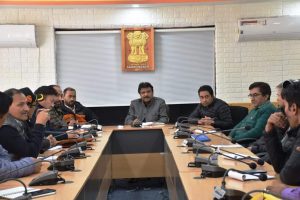 During the meeting, the CEC was informed about the arrangements regarding the shifting of the DH to the newly constructed 300 bedded hospital at Kurbathang.

The CEC and DC strictly directed R&B Department for the completion of the remaining work in the elevator before October 30.

The CEC, DC also directed the concerned department for short tendering of the additional bore well at the earliest.

While informing about the transport, the ARTO informed that 4-buses from October 29 will run on the roaster basis at initial stage for the convenience of the general public.

Executive Engineer, PDD informed the meeting that they are connecting the hospital to two grid stations, adding that 1.5 to 2 MW capacity of electricity has been created.

The CEC directed the mechanical and PHE Department to remain active for the clearance of the road and for the supply of water to the hospital respectively.

While talking about old hospital (DH) Kargil, the CMO informed that two doctors, para-medical and two ambulances will be available 24 hours. He also informed that ophthalmology, dental, DIC, and CT-scan, departments will run from the hospital.

Later, CEC, DC along with SE, PWD R&B visited Zamsthaing Titichumik bridge to inspect the work on the project. Contractor was instructed for the completion of the bridge up to first week of December 2022.