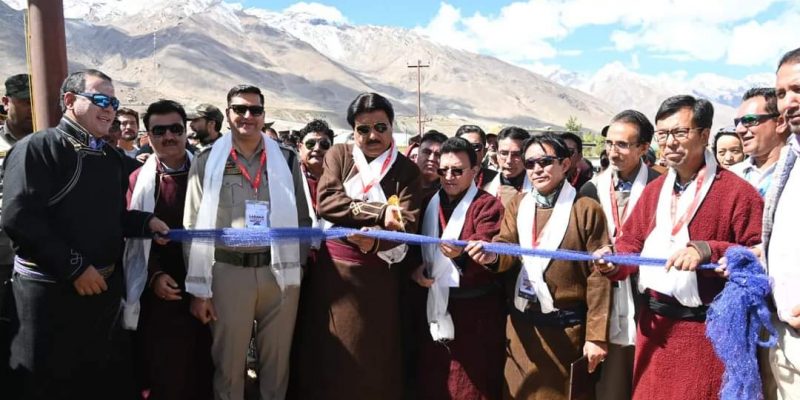 In his address, the CEC congratulated the Department of Tourism and Culture UT Ladakh, District Administration Kargil and LAACL Kargil for successfully organizing the 7th edition of Ladakh Zanskar Festival at a larger scale.

He extended his gratitude to local and guest artists from Lahaul and Spiti (Himachal Pradesh) for showcasing and introducing their rich culture and tradition to the people of Zanskar.

While highlighting the legacy of rich culture and tradition of Zanskar, Khan said LAHDC Kargil with proactive support of the UT Administration Ladakh is fully committed to develop a sustainable and eco-friendly tourism-related infrastructure in Zanskar.

The CEC also said that separate funds have been provisioned in order to execute various tourism-related developmental works at a larger scale.

Khan expressed optimism that in the coming years, Zanskar will be the epicenter of tourists in Ladakh region and urged locals to keep their cultural legacy intact adding that apart from mesmerizing landscapes, tourists are interested to know the local art, culture and traditions.

The CEC also hailed the departments and the local self-help groups for installing various stalls to display their products, artifacts, traditional food items and other allied products. He said that many people from outside will get enlightened about the local tradition and culture.

While speaking on the occasion, EC Tashi appreciated the initiative of the UT Administration Ladakh for organizing the two-day cultural festival which is aimed boost tourism.

He said the event will enlighten local population about various aspects of traditional folklore provide an opportunity to tourists, travellers, researchers to understand the essence of Zanskar. 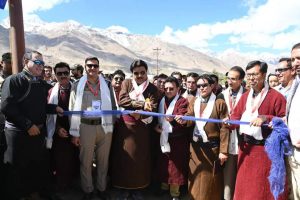 In his address, the Secretary Tourism and Culture said that the unique identity of Zanskar holds an important position in today’s globalized world and the place has immense potential to attract tourists from all over the world.

He said the UT Administration has been taking pragmatic steps to promote tourism in Zanskar valley, and in future local people will witness the change. He said the administration is committed to develop modern facilities including roads, health, education, and telecommunication available to people in rural and far-off areas at their doorsteps.

The Secretary said that apart from the natural attraction like landscapes, Zanskar has huge potential to attract tourists in various other aspects including adventure tourism, winter sports, trekking, cultural and spiritual tourism.

He urged the people associated with tourism industry, people of Zanskar to plan things well in advance so that at least minimum required facilities can be made available to tourists visiting the area during the festival period.

The Secretary requested local representatives, tour operators, guides, hoteliers and other stakeholders to form an association to furnish inputs for a sustainable tourism policy in Zanskar.

Earlier, the Deputy Secretary, LAACL Kargil in his welcome address expressed gratitude to all dignitaries, artists and people of Zanskar for their enthusiastic participation in the festival.

Meanwhile, on the 1st day of the festival today, around 200 artists from Padum and other parts of Zanskar valley, artists from Leh and Kargil besides artists of North Zone Cultural Centre Patiala from Lahaul and Spiti districts of Himachal Pradesh mesmerized the dignitaries people with their traditional music and dance performances on the traditional marriage system, religious rituals and other related aspects.

As a part of the festival, parallel activities like traditional archery exhibition matches, traditional horse race and yak riding were also organized on the occasion.

Various departments and banks had also put up their stalls to enlighten the general population and the aspiring entrepreneurs about different government schemes while other stalls included those on the local handicrafts and handloom, agricultural products, Zanskari Doksa lifestyle etc.

During the musical evening, music bands from Leh and Kargil and folk artists presented different performances which were highly applauded by the audience.