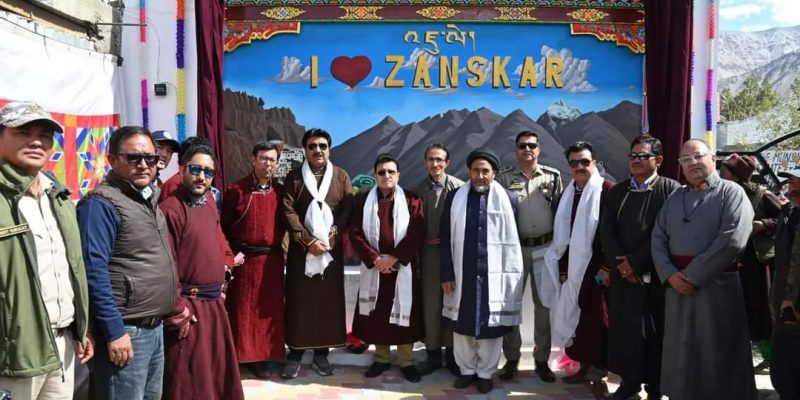 The CEC, who is in Zanskar to attend Ladakh Zanskar Festival, inaugurated the Taxi Stand and said that it will bring relief to the general public.

During the inauguration of Taxi Stand, the Secretary said it will cover an area of 17.5 kanals of land. He also directed the concerned department to construct public convenience, solar light, sitting area for drivers and canteen within the taxi stand.

Later, Khan visited Pishu village where he inaugurated the Solar Irrigation Lift Project. The concerned engineer briefed about the silent features of the project like Administrative Accord Approval (AAA) cost, length and capacity of the pump, power source and other features. The scheme is expected to be completed in the year 2023-24. 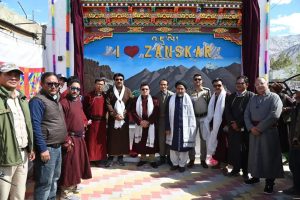 (KREDA), and PWD as such works have been done for the first time in Zanskar sub division.

The CEC briefed about the irrigation scheme and dedicated it to the villagers. Khan directed the concerned department to complete the pending work within the given time.

He also congratulated the villagers and extended his good wishes to them. The CEC assured that the required backup power for the water lifting will be resolved in due course of time.

On the occasion, EC Tashi detailed the benefits of Solar Lift Irrigation Project and assured more developmental work in the future and presented the vote of thanks to CEC for visiting the site.

The EC also congratulated the villagers for the water lifting system, sanctioning of roads from Karsha to Pishu, Motarable Bridge for the Pishu village. The EC directed the concerned Exen PWD to do the tendering process for the Motarable Bridge in week’s time.

The villagers of Pishu organized a cultural program and thanked CEC for visiting there. Sarpanch of the village said that the Khan is the first CEC who has visited their village.

Later, CEC Khan visited Karsha village and reviewed the construction work of Photang. He also appreciated the undergoing work at the Photang. The CEC also inaugurated a children’s park at Padum.