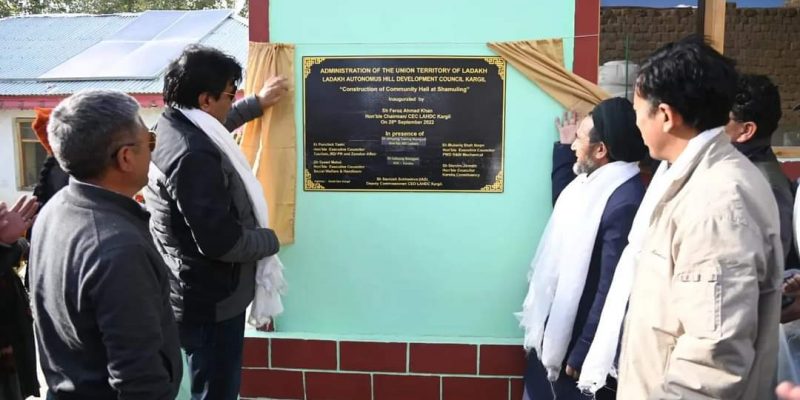 Enroute to Zanskar, public delegation at Tashi Stongtzay met the CEC and forwarded their grievances regarding the shortage of teachers, drinking water, upgradation of the medical aid center, construction of community hall, women handicraft center and solar pump for water lift to Rangdum Gompa.

The CEC gave a patient hearing to the public grievances and assured them that their issues will be resolved in due course of time.

SDM Zanskar and other officers and officials of other departments presented a warm welcome to all the dignitaries at Abran village. 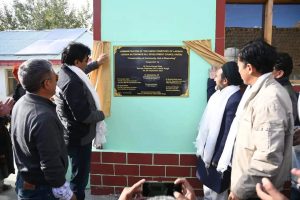 Later, CEC Khan also met a public delegation of Skyagam village and gave a patient hearing to the problems forwarded by the villagers.

They demanded compensation for the land which has come under National Highway (NH 301) being constructed by National Highway Infrastructure Development Cooperation Limited (NHIDCL). The CEC assured the villagers that their problems will be resolved on priority.

EC Tashi and Councilor Stanzin Jigmat along with villagers welcomed the CEC and other dignitaries at Remala village.

Later, Khan visited Shamuling village where he was welcomed by Councilor Karsha and other dignitaries. At the Shamuling village, the CEC inaugurated a community hall which has been constructed with a total cost of Rs 25 lakhs under the SDP scheme.

The Councilor and other dignitaries presented a vote of thanks to the CEC for his contribution to development works in Zanskar and for inaugurating the community hall for villagers.

On the occasion, EC Tashi congratulated the villagers and expressed gratitude to the CEC and LAHDC Kargil for their constant support in developmental works.

While addressing the gathering at Sani, EC Tashi assured the public of early redressal of their compensation saying that ACR Kargil has already mentioned that the pending work will be completed on priority. A cultural program was presented at Sani village during the inaugural function.