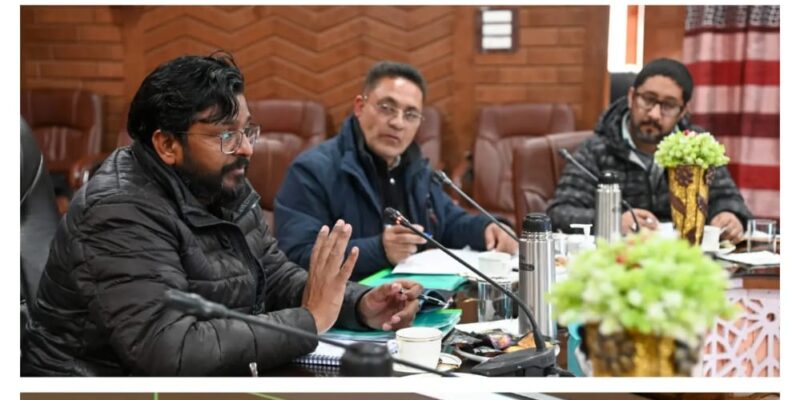 The meeting discussed physical, financial progress and technical aspects of implementation of JJM in Kargil. CE PHE and SE Kargil made a presentation about the status of the implementation of the scheme in different blocks of the district. 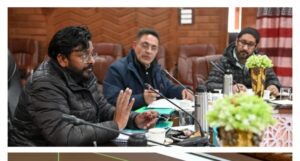 Sahu directed the concerned officers a officials to complete the allotment works within a fortnight in order to make way for the mobilization part at the earliest.

The CS also took an assessment of the implementation of JJM works in schools, Anganwadi centres and other public buildings/institutions (Panchayat Ghars, health institution, community centres etc) across the district and directed to ensure providing tap connections to all public buildings at the earliest.

Asserting on the feasibility of the DPR’s of the projects, Sahu said that works should be assessed in advance and all ways and measures must be ensured to make the pipelines covered and properly insulated.

He took note of media reports regarding the non-functioning of schemes at few locations and reiterated the JJM objectives to ensure that all the JJM schemes should be winter-friendly.

Highlighting the visual appeal of Public Health Engineering (PHE) sites, the Commissioner Secretary said that all the scheme sites must be made visually pleasing besides, making them functional and sustainable. Thus, proper boundary-wall, decoration and plantation etc. be ensured at all project sites.

The CS further announced that a workshop related to JJM for stakeholders of Kargil will be held in the first week of March where technical and managerial issues in implementing the scheme would be discussed and best practices of JJM in Ladakh or elsewhere would be shared.

During the meeting, Sahu also took an assessment of the establishment of laboratories, functioning of ISA and third party agency and directed ISA members to do robust awareness and training related to JJM in rural areas of Kargil.

He directed the concerned officers to work with dedication to make JJM successful in the rugged and difficult topography of Ladakh so that it can inspire people across the country.

Later, a documentary on the water distribution process by PHE Department Kargil was also screened.