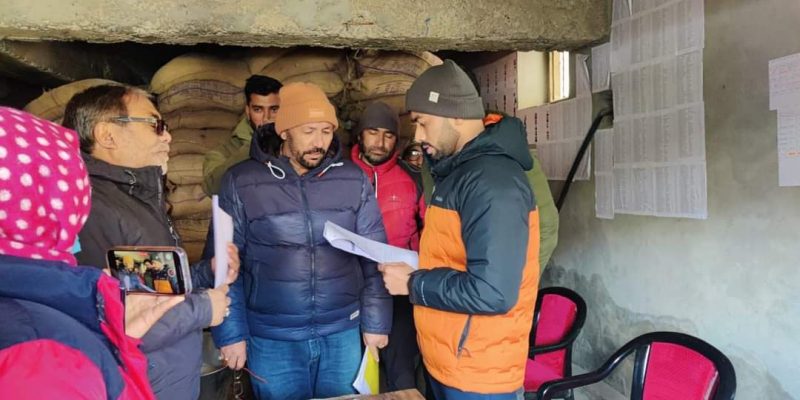 During the visit, the DC was accompanied by Assistant Director Consumer Affairs and Public Distribution (AD CAPD) Kargil.

At the outset, DC Kargil instructed the concerned officers for electrification of all ration stores and advised for cleanliness and smooth functioning of all godown stores. 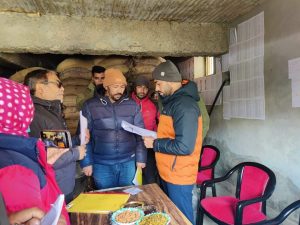 DC Santosh directed the officials of the concerned department to make seating arrangements for public at every ration store. He also directed to install complaint boxes for redressal of public grievances.

The DC said every beneficiary should link their Aadhaar Card with their ration card so that beneficiaries can pick up their entitled food grain without any issue.

He also advised the AD CAPD to install IEC materials at each store for information dissemination about fortified food grains, different schemes of Government etc. Further, he directed the department to ensure all the weighing instruments are properly calibrated.