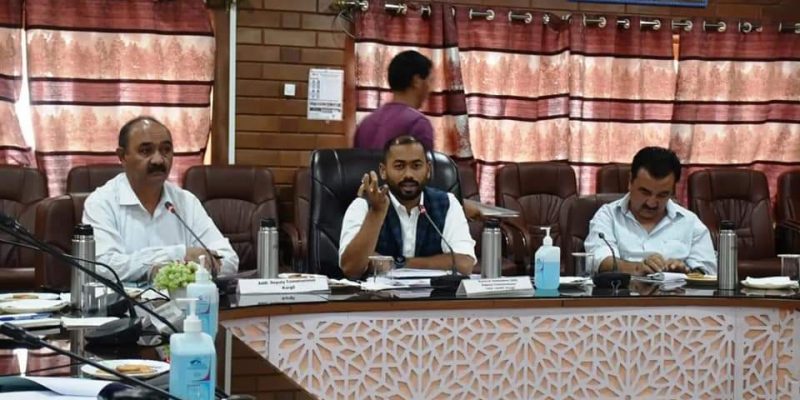 KARGIL, AUGUST 31, 2022: Deputy Commissioner and CEO, LAHDC, Kargil Santosh Sukhadeve (chairman DDMA) today chaired a preparatory meeting of officers to in order to conduct a mock drill exercise on earthquake disaster in the district on September 08, 2022.

During the meeting, discussions and deliberations were held on different aspects of disaster management keeping in view the geographical location of the district.

During the course of the meeting, DC Santosh said that the mock drill will be conducted in view of any disaster management situation including possible earthquake and keep all the departments ready for any kind of eventuality.

The Deputy Commissioner said that mock drill exercise is aimed to make every department in ready mode in order to tackle any kind of disaster situation. 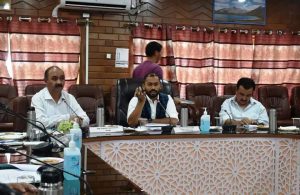 He directed all the departments to make preparations for the mock drill exercise for any of emergency situation like flood or earthquake and make plans accordingly.

DC Kargil also took a review of all the major departments like health, PHE, PDD, Police etc. which remain at the forefront of any kind disaster/emergency situation.

The Deputy Commissioner also sought suggestions from officers and officials of different departments about how to tackle any kind of disaster management situation and thoroughly discussed the measures to be taken if needed.

DC Santosh directed all the departments to get ready for the drill and said that such initiatives help to know the shortcoming and address the same in a timely manner.

The Deputy Commissioner also directed the concerned officers of PDD, R&B, Mechanical to make a proposal for the repair work of machines and assured to take up the issue with the UT Administration for redressal.

The ADC also directed all the departments to make preparations and keep men and machinery in ready more for the exercise.