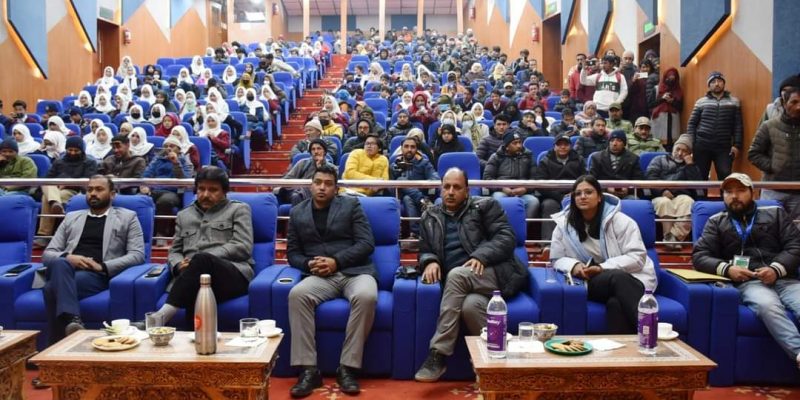 On the occasion, the CEC expressed satisfaction over the functioning of govt. schools and said it is overwhelming that the schools are progressing academically and in co-curricular activities.

While congratulating the participants and organizers of the event, Khan hoped that students from both Leh and Kargil will bring laurels at the National level of Kala Mahotsav as well.

He said that best infrastructure is provided to schools and quality education is improving day by day across the district. The CEC requested parents from far-off places to own their schools at the community level to improve the standards of education.

In his address, DC Santosh Sukhadeve said that academics and co-curricular activities are equally important to shape the personalities of students. 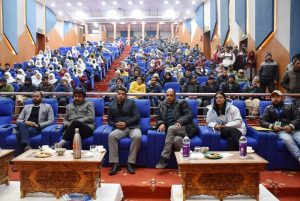 He suggested students to equip themselves with the necessary skills to meet the demands of the future world as technology is rapidly changing globally with time.

DC Santosh also advised the students to prepare themselves to compete globally and to serve outside Ladakh as well. He said the District Administration is exploring possibilities of organizing a workshop for students on overseas education.

Director School Education, Safdar Ali said after the formation of UT, participation of students at national level competitions has increased manifold. He expressed hope that students will present their best performances at the national level of this event as well.

Pertinently, 30 students were selected out of 300 students for the district-level competition and the winners will be participating at UT and later at the national level. Faizah Naaz conducted the program proceedings and presented vote of thanks.

The Kala Utsav is an initiative of the Ministry of Education under the Samagra Shiksha scheme to promote arts in education by nurturing and showcasing the artistic talents of school students.