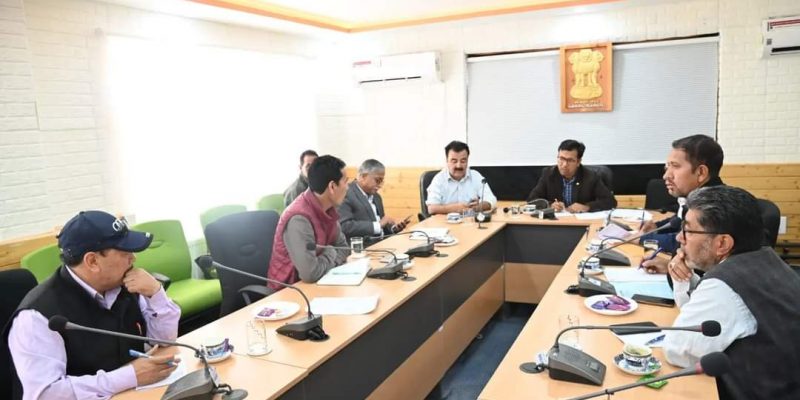 Executive Councilor for RDD, Tourism and Zanskar Affairs, Er Punchok Tashi today chaired a meeting at Council Secretariat to review the arrangements ahead of the 7th edition Ladakh Zanskar Festival 2022 to be held from September 29 to 30.

Threadbare discussion was held on arrangements related to the successful conduct of the Ladakh Zanskar Festival which is scheduled to be held from September 29 to 30. 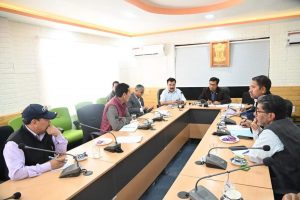 Several decisions were taken in the meeting and responsibilities were given to different departments for the successful conduct of the event.

The meeting also reviewed the compensation update for land owners during the construction of Kargil-Zanskar Road (301). The concerned officer from NHIDCL informed the EC that compensation has been approved while the reaming amount will also be released soon.

The EC directed the concerned officer to immediately distribute the sanctioned amount among the beneficiaries.

EC Tashi chairs meeting regarding Single Use Plastic in Kargil