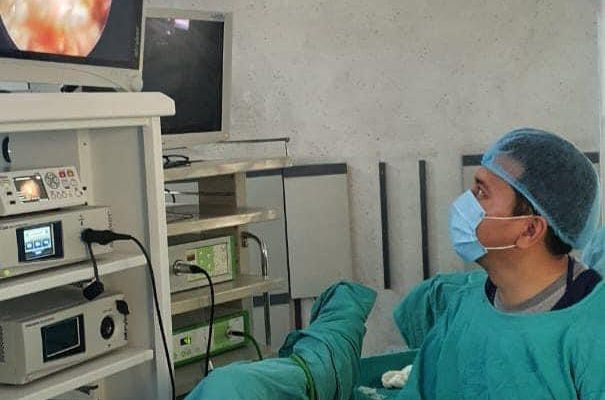 SNM Hospital successfully carried out first Transurethral Resection of Prostrate (TURP) which otherwise requires patient to travel out of Ladakh to tertiary car set up like SKIMS Soura, GMC Jammu or AIIMS Delhi for the same surgery.

65 years patient with difficulty in passing urine for the past one year not relieved by medications. On further investigation it was found that he was suffering from Benign Prostrate Hyperplasia ( BPH). It is a condition in men in which the prostrate gland enlarges and presses against the urethra. Eventually, the urinary bladder lose the ability to empty completely. It is commonly seen in men older than age 50. If remain un-treated it can lead to damage of Urinary Bladder & kidney. 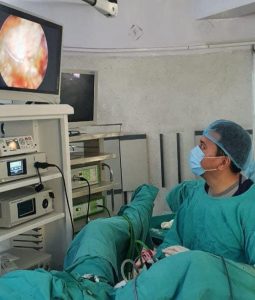 Transurethral Resection of Prostrate is a scarless kind of procedure done through normal urethral opening only. It is ideally performed in tertiary care set up and have never been performed in Ladakh till date. Dr.Nawaz Ali, recently appointed Urologist at SNM Hospital performed the surgery claimed that the man is the first person in Ladakh to undergo TURP.

It is a historic moment and could only possible after formation of Union territory of Ladakh.