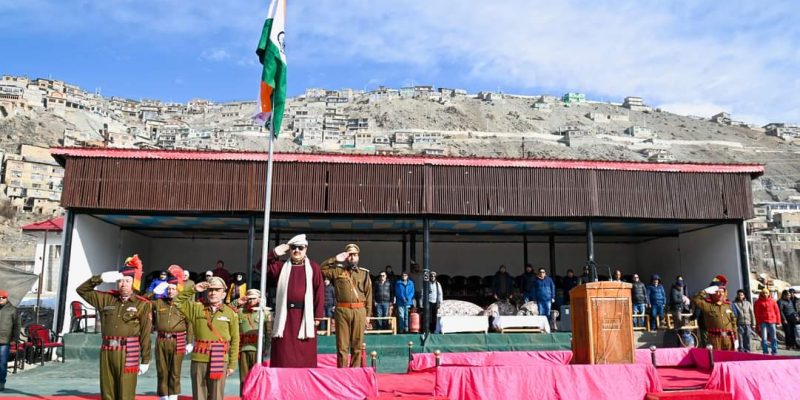 Full-dress rehearsal held in Kargil ahead of Republic Day celebrations

Ahead of the Republic Day 2023 celebrations in district headquarter Kargil, a full dress rehearsal was held today at Khree Sultan Chow Sports Stadium, Biamathang, Kargil. The rehearsal is a precursor to the actual Republic Day parade to be held on January 26.

At the full dress rehearsal, Additional Deputy Commissioner (ADC), Kargil A. G. Zargar unfurled the tricolour, inspected the parade and took salute at the march past presented by female and male contingents of, Police, Students of various Schools and Band Party of Ladakh Police.

Additional Superintendent of Police (ASP) Kargil, Manzoor Hussain besides other concerned District officers of Civil and Police Administration was present at the full dress rehearsal function. 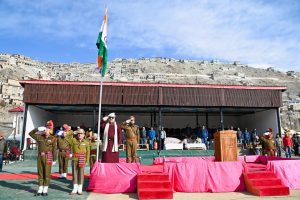 The ADC also took stock of various aspects of the function including arrangements put in place at the venue like security, seating arrangements, parking, sanitation, PA system besides other related necessary arrangements.

Meanwhile, the students of different schools of Kargil and cultural groups also presented attractive cultural programs that reflected their patriotic feeling for the country.

The ADC also instructed to replicate the function in a simillar manner and in close coordination on the day of main event of Republic Day.