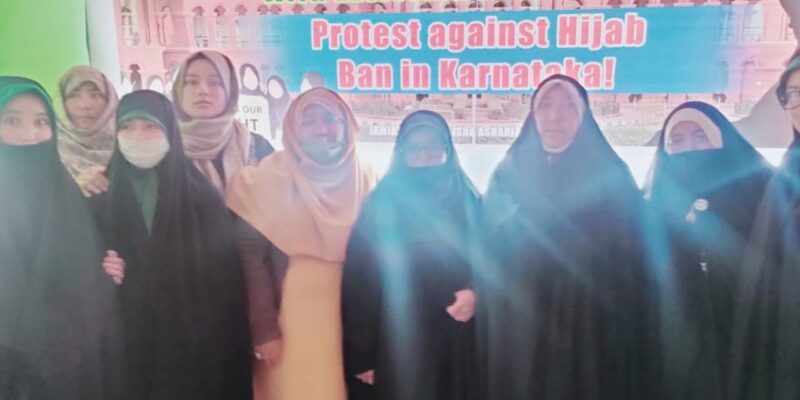 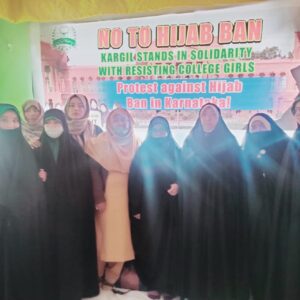 The Hay’at Fatimia organizes Eid every year at Az-Zahra Girls Home in order to encourage the students of the institute.

The speakers highlighted the significance of Eid and the role of Holy infallibles in our day to day life & eulogies were too recited on the occasion.

Meanwhile, a strong protest was held against the ongoing Hijab Controversy in Karnataka.

During the protest, showing anger slogans were raised against Karnataka Government and expressed support with the HIJABI GIRLS of Karnataka College.

Haiyat-e-Fatimia appealed Government to stop Ban of Hijab and said Indian Constitution allows freedom to practice any religion without curbing basic rights. Advocate Zareena & Hajia Roqia Zairy during the protest said that they would never tolerate anything against their fundamental right especially Hijab.