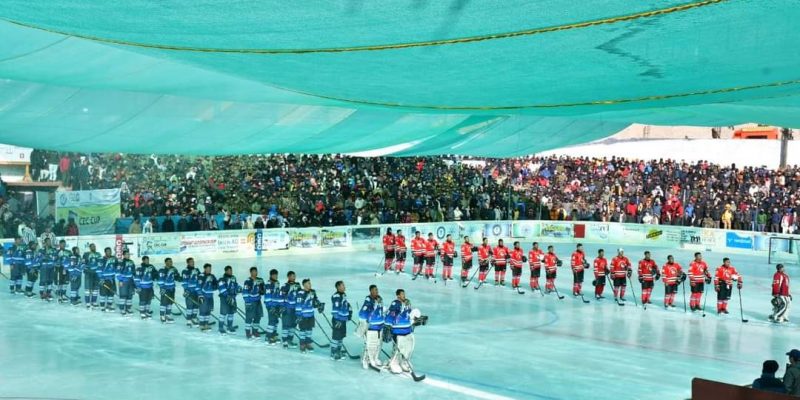 Leh, Jan: After a consecutive title win by the Ladakh Scouts team from the last three years, the team of Indo Tibetan Border Police (ITBP) ‘A’ finally broke the winning streak of LSRC ‘A’ and won this year’s final match of the 16th CEC Cup Men’s Ice Hockey Championship, 2023 at the NDS Ice-Hockey Rink in Leh.

Addressing the closing ceremony, EC Tashi Yakzee congratulated the participants for showing true sportsmanship spirit throughout the game. He also congratulated the winner and runner-up teams of the Women’s category ITBP and LWIHF. Highlighting the popularity and importance of the game in the Union Territory, he stated that post formation of UT, Ladakhi youths are getting a number of opportunities in various fields of sports and have great potential in bringing glory to different sports at the national and international level. 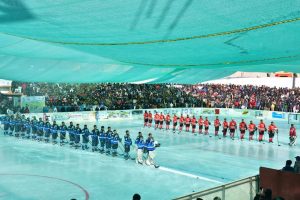 EC Tashi also stated that the Hill Council, Leh is dedicated to the strengthening of sports infrastructures at grass-root levels in every corner of the district. He informed about the upcoming Prehab -Rehab centres for the sportspersons with all required facilities to be established in Leh. He further added that youths need to develop and enhance skills so that they can explore more ventures and contribute to every sector of development. He also lauded the efforts of the organising committee in smoothly conducting the tournament.

Secy Ravinder congratulated the teams for their splendid performances and further informed the gathering about conducting winter sports coaching in association with LWSC and Royal Enfield. He added that preparations are in full swing for organising Nationals and the Department is working on it.

Prizes were distributed and players along with officials were felicitated by the chief guest in the end. The tournament has been organised by the Department of Youth Services & Sports, Leh in collaboration with Ladakh Winter Sports Club, Leh.