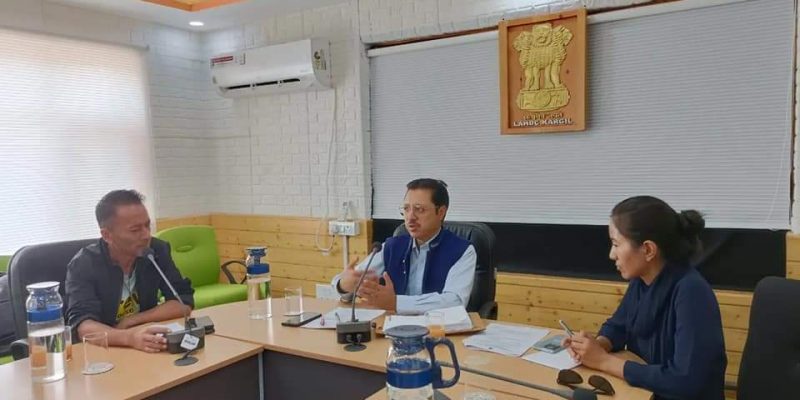 During the meeting, threadbare discussions and deliberations were held regarding the formulation of guidelines for the Journalist Welfare Scheme and various issues being faced by the journalists in Kargil were thoroughly discussed. 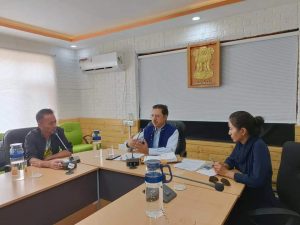 Addressing the journalists, the Joint Director thanked the media fraternity for gracing the meeting and pointed out that since the formation of Ladakh as a separate Union Territory, the notion and working capacity of DIPR in Ladakh has transformed to a great extent.

He said that many endeavours are being undertaken by the UT Administration in skilling and empowering creative professionals.

The Joint Director said several training sessions and workshops have been held within the UT to extend the horizon of the creative sphere and events like film festivals and workshops for voice-over artists and journalists are examples of it.

Reflecting on the endeavours of media in Kargil, Kacho expressed satisfaction that despite various geographical, financial and physical constraints, media has been able to tell stories from Kargil at local, national and international media platforms.

The Joint Director said that in the Journalist Welfare Scheme all efforts will be made to make it a comprehensive and inclusive document in order to provide maximum welfare under the umbrella of the scheme to journalists of Ladakh.

He said it was a great experience to listen to suggestions forwarded by all journalists of Kargil and expressed hope that this document will be historic and will be drafted soon.

On the occasion, AD DIPR Kargil, Padma Angmo said capacity-building programmes will be held with the concerned stakeholders. She further said that the suggestions forwarded by the media fraternity regarding the media policy will be taken care of.

During the meeting, Bureau Chief Gulistan News G M Noorie gave his suggestions in the form of a detailed power point presentation. These points were discussed in detail. Representatives of AIR Kargil and media professionals from print and electronic media outlets also spoke at length and gave their suggestions.