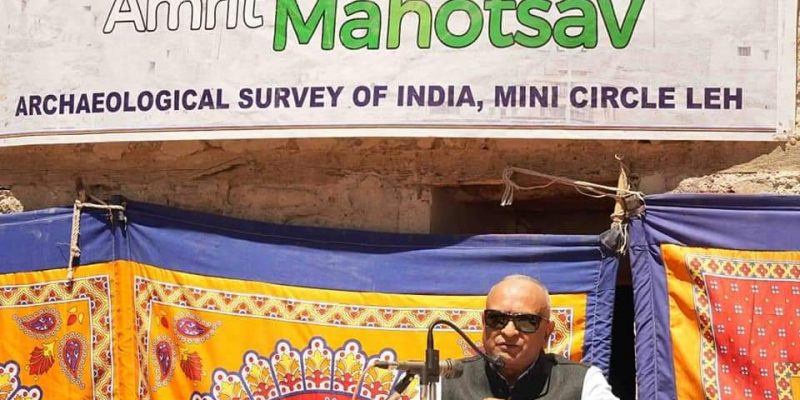 Emphasises importance of unity, harmony and brotherhood among people for peaceful society

Leh, Aug 14: The Hon’ble Lieutenant Governor of Ladakh hoisted the national flag and paid homage to the people who lost their lives during the partition in 1947 on the Partition Horrors Remembrance Day at Leh Palace today. The Har Ghar Tiranga campaign was also celebrated across Ladakh for the second consecutive day. Chairman, LAHDC Leh, Advocate Tashi Gyalson, was among the guests present on the occasion.

Terming the partition in 1947 as traumatic for the nation, LG Mathur stressed the need to not only remember the partition horrors but also draw lessons from it so that such events are not repeated in the future. He emphasised the importance of unity, harmony and brotherhood among the people for a peaceful society. 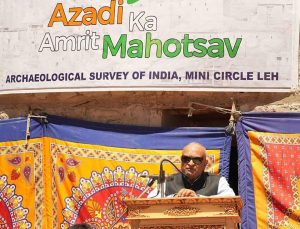 LG Mathur appreciated the people of Ladakh for observing the Har Ghar Tiranga and Partition Horrors Remembrance Day with fervour. He expressed hope to see that events during the partition are remembered so that the struggles and sacrifices of the people would remain a collective memory in the people’s minds and also act as a binding force for the people to stay united.

Chairman, LAHDC Leh, Advocate Tashi Gyalson, appealed to the people of Ladakh to celebrate Independence Day and Republic Day with full patriotic fervour and hoist the national flag at their homes. He also remembered the sacrifices and struggles of the people during the partition.

Earlier, Secretary, Tourism and Culture, Mehboob Ali Khan, welcomed the guests and spoke about the evolution of the Indian national flag. Artists from Ladakh also performed during the event.