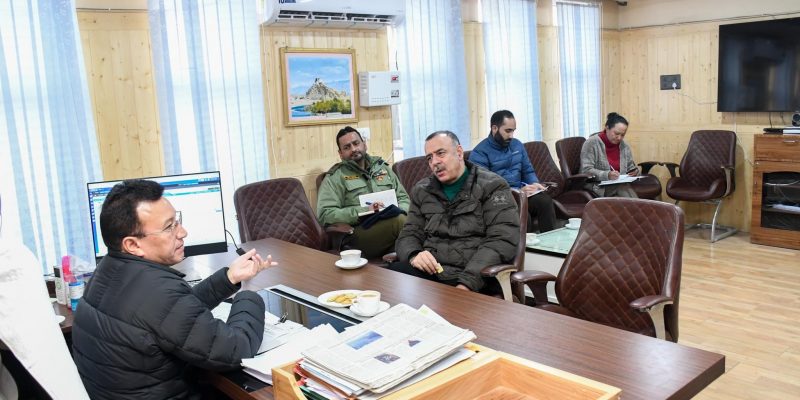 *Off-roading activities in Ladakh are to be regulated; Secretary, K. Mehboob Ali Khan*

It was highlighted during the meeting that locations such as Hanle, Pangong, Hunder, Tsokar, etc. experience most of the off-roading incidents. An urgent need to discourage such activities has been felt considering the harm such activities are causing to the wildlife habitat and Ladakh’s sensitive ecology.

In the meeting, it has been decided that sensitization workshops shall be conducted for tour and travel operators/commercial vehicle unions to carry out responsible tourism activities, other than putting up“warning/information sign boards” and installing “hidden cameras” at strategic/potential locations. 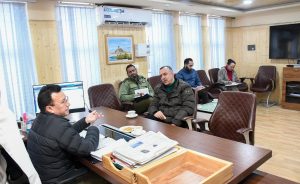 Secretary Kacho stated that a significant role would be played by respective/nearby village Panchayats in regulating such activities for which necessary instructions/ orders with the approval of the competent authority shall be issued. In this regard, the Rural Development Department has been directed to prepare a list of Panchayat Halqas in consultation with Wildlife and Tourism Department.

Further, it has been felt that frequent patrolling by the Ladakh Police, the Wildlife Department, and the Tourism Department at pre-identified locations is required.
Secretary Kacho pointed out that a ‘Coordination Committee’ of the concerned departments viz. Wildlife, Ladakh Police, Rural Development, Tourism, and PWD will be formed with the approval of the Administration of UT Ladakh.

Tourist movement in border areas to be made smooth, says Secretary, Tourism, Ladakh