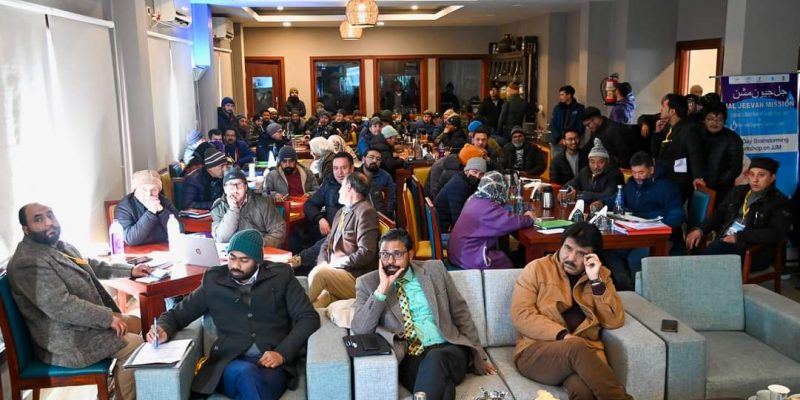 On the occasion, the CEC congratulated PHE Department Kargil for conducting the brainstorming session to resolve the challenges faced by Engineers of PHE and other concerned agencies in executing JJM works. He stressed officials to take maximum benefit of the session.

The CEC hailed the efforts of the Engineers of the PHE Department in executing the JJM works. He said since the start of JJM in Kargil, the percentage of providing Functional Household Tap Connections (FHTCs) has increased from 3 to 70 percent which is itself an achievement.

Khan stressed all officers to achieve the 100 percent target till the given timeline which is ending June 2023.

Commissioner/Secretary, Ladakh Ajeet Kumar Sahu said the success of JJM in Ladakh is the result of overwhelming community involvement and relentless work of the JJM workforce who must be complimented for their achievement.

Sahu said the JJM scheme is not only providing FHTCs to households but also playing a crucial role in developing a healthy society which will be helpful in development of the nation.

To achieve 100 percent target in Kargil district, Sahu stressed all officers to encourage community participation so that people can sense community ownership and take a shared responsibility to keep FHTCs in the future as well. 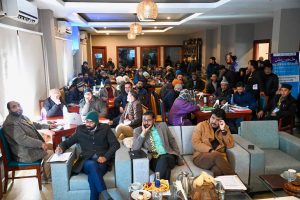 Sahu also stressed officers to keep the quality of material as per the prescribed parameters in view of the longevity of the JJM scheme which will be functional for the next 30 years.

In his concluding remarks DC Kargil Santosh Sukhadeve stressed on capacity building and awareness in villages for community ownership of the JJM Scheme.

He also said that District Administration Kargil is monitoring the implementation of JJM scheme on the ground. He also said the revised DPRs will be studied in depth with the concerned officers so that budget wouldn’t escalate unnecessarily.

Earlier in the day, Dr. Sandesh Rajpurohit (PMU) gave a presentation on progress and learning, issues and challenges of JJM in Ladakh.

The brainstorming session ended with a group discussion wherein Engineers of PHE Department had a fruitful discussion regarding their doubts and challenges ahead in terms of making JJM successful in whole Ladakh.

Kargil An-32 Services to commence on 18thJan onwards