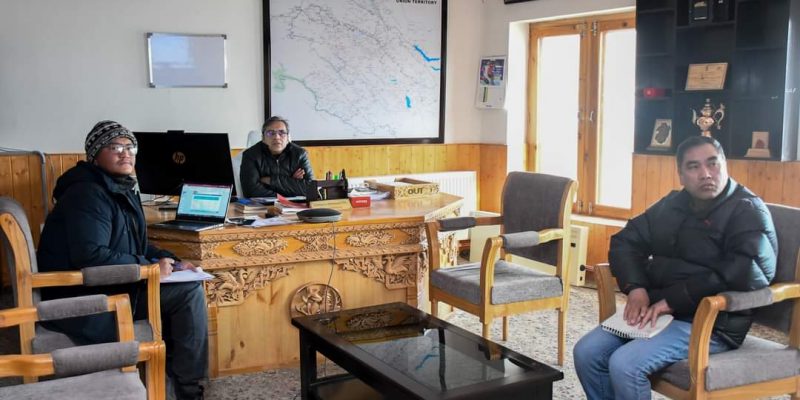 At the outset of the meeting, Nodal Officer LeGA, Tudup Namgyal gave a detailed presentation on Aadhaar saturation figures with respect to different age groups in Ladakh; district-wise Aadhaar saturation; active kit status, among others. He apprised the Principal Secretary that there is a significant improvement in the number of Aadhaar enrolments due to sustained publicity.

With regard to Aadhaar operators who passed the examination, Principal Secretary, Khirwar instructed to expedite their onboarding. Further, he instructed the Director School Education, Safdar Ali to address the gaps in low enrolment of children freshly admitted to schools and asked for a detailed analysis on the same. Also, he asked to arrange special Aadhaar camps for such children. DCs Leh and Kargil were instructed to prioritise Aadhaar enrolment drives with regular camps in mission mode.