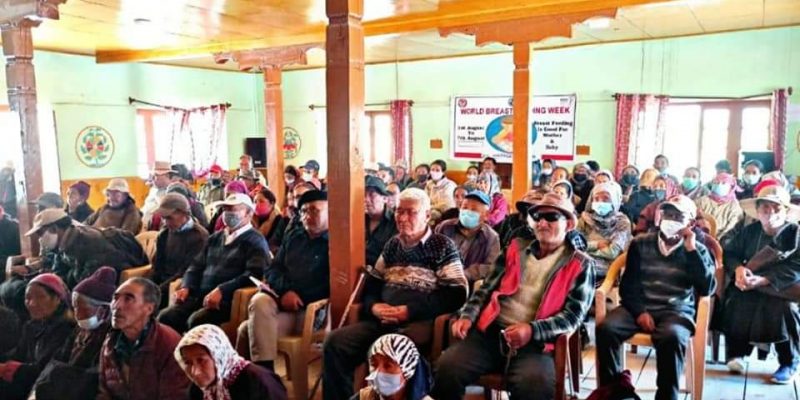 One-day awareness camps are being organized by the Department of Social & Tribal Welfare in various Gram Panchayats of Leh and Kargil to take the vision of Lieutenant Governor, Union Territory of Ladakh to increase accessibility of administrative services in remote areas of Ladakh given the vast geographical area.

Starting from July 27, teams of ICDS Projects and Social Welfare Department were supposed to visit remote Gram Panchayats of Ladakh every Wednesday and spread awareness about various social sector schemes in collaboration with the Health Department and Rural Development and Panchayat Raj Department. 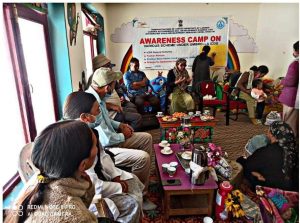 This week, these camps were held under the banner of Azadi Ka Amrit Mahotsav and as a precursor to the Har Ghar Tiranga celebrations, organized in remote border villages of Ladakh.

Members of Panchayati Raj institutions (Sarpanch and Panch) and Village Numberdars as well as Ama Tsogspa (women’s alliances) were actively involved in the entire exercise. 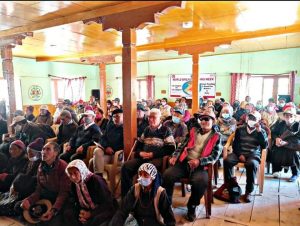 The local populace was invited to participate in the camps and interact with the organizers and officials. It is indeed a matter of delight and pride that villagers are showing immense enthusiasm for attending the camps. On August 03, the camps were held at Kaksar,Shargole & Karamba, Goshan, Matayen & Pandrass, Langkartchey & Faruna, Purtiktchey, Hagnis, Turtuk, Nyoma, Liker & Ney, Sakti and Hanu & Chusul.

Besides urging people to get the Aadhar cards made for their kids in the 0-5 age group and to update data on Poshan Tracker, awareness was given about signs and symptoms of Severe Acute Malnutrition (SAM) and Moderate Acute Malnutrition (MAM) among children as well as their preventive measures.

Lessons were also imparted regarding the importance of balanced diet during pregnancy etc. Further, attempts were made to ensure that not a single beneficiary should be deprived of ICDS and Social Welfare schemes.