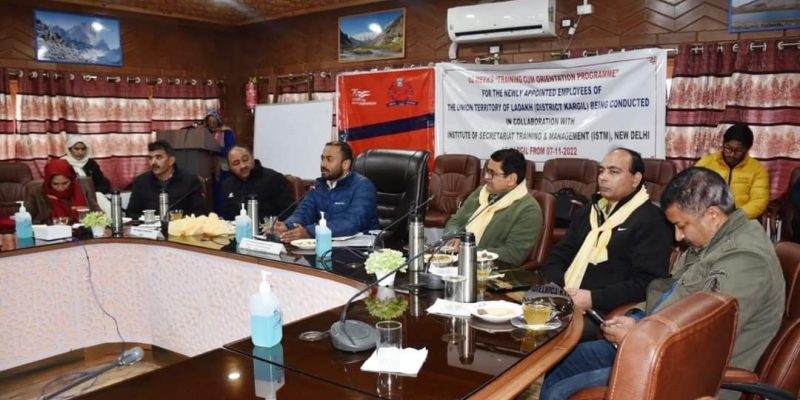 Two-week Training and Orientation Programme for the newly appointed employees of UT Ladakh of Kargil District in collaboration with the Institute of Secretariat Training and Management (ISTM) concluded today at Conference Hall, Kargil.

Addressing the trainees, DC Santosh congratulated the newly appointed employees for joining Government Services and said that after the formation of UT Ladakh, the administration has been very keen for the training and skilling of the employees.

Reflecting his views on the training program, the DC said the ISTM has been a successful training partner with the UT Administration and expressed satisfaction over the training process and modules taught to the trainees.

DC Kargil asserted that government employees should get acquainted with the service rules in the beginning for their career progress. 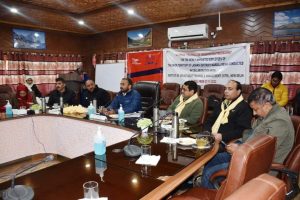 DC Santosh advised the trainees to be passionate, sensitive and humble towards the general public adding they are face of the administration. He expressed optimism that they all progress in their career.

ADC Ghulam Mohi-ud-Din Wani congratulated the newly joined employees for getting enrolled in government services and advised them to understand the nature of their job, be responsible and work with dedication and honesty.

During the facilitation ceremony, Nasir Mir and Stanzin Skalzing, Accounts Assistants from RDD and Zakiya Bano from Ladakh Police shared their views about the program. They called it a success and expressed gratitude to the UT and District Administration Kargil.

Later, the trainees from ISTM New Delhi were felicitated by the dignitaries and participation certificates were also distributed amongst the trainees.

BDO Taisuru, Yasir Hussain Wani presented vote of thanks and extended gratitude to all the concerned departments, trainers and trainees for making the programme successful.

In view of frost and slippery conditions of the roads*, tomorrow Subject to fair weather and good road clearance, *only one way traffic from kargil towards Srinagar* Shall be allowed