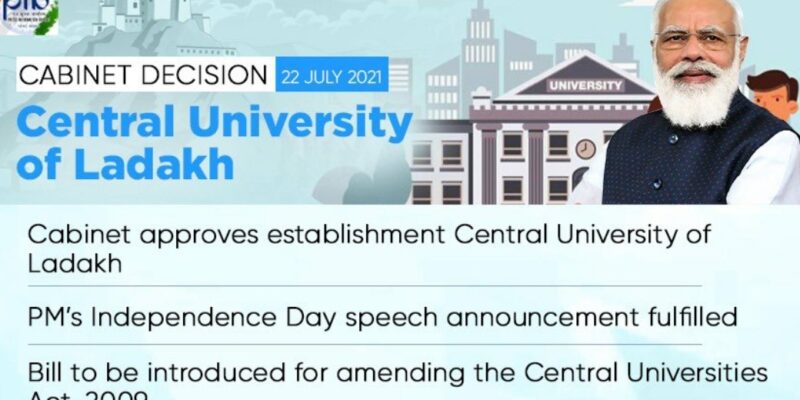 _Central University will be established in Ladakh for Rs 750 crore_

A long-pending demand for the Central University in Ladakh will address regional imbalances in higher education levels and promote the overall growth and development of the union territory of Ladakh. 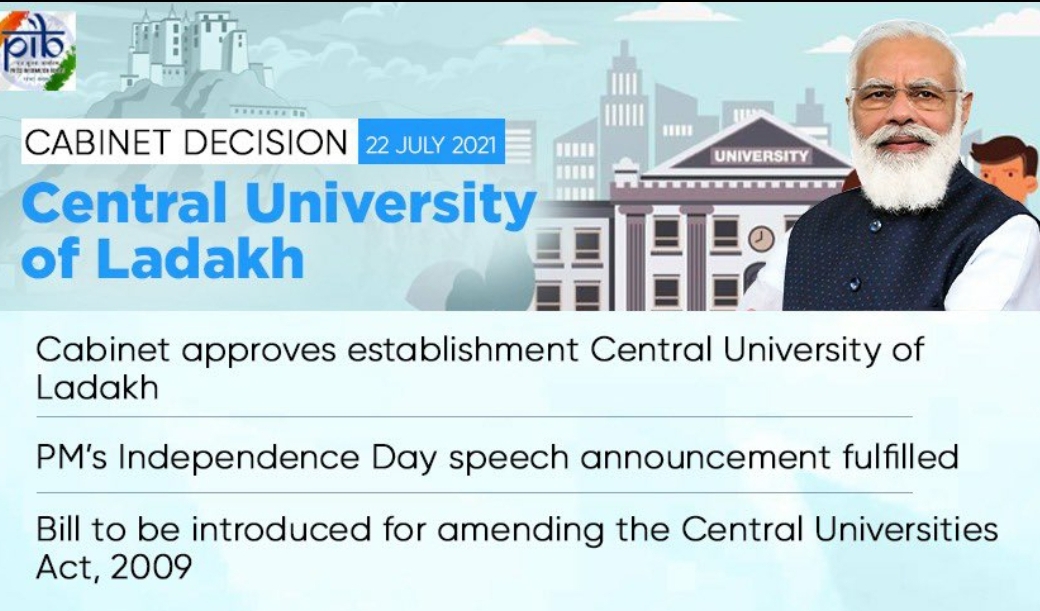 The forthcoming University will cover the entire Ladakh region, including Leh and Kargil and will address regional imbalances in the higher education levels.

Moreover, he also stated that the establishment of the Ladakh Integrated Infrastructure Development Corporation Limited (LIIDCO) will look at the betterment of industries and tourism in the region. This will aid in setting up infrastructure. It will operate as Ladakh’s main construction agency.