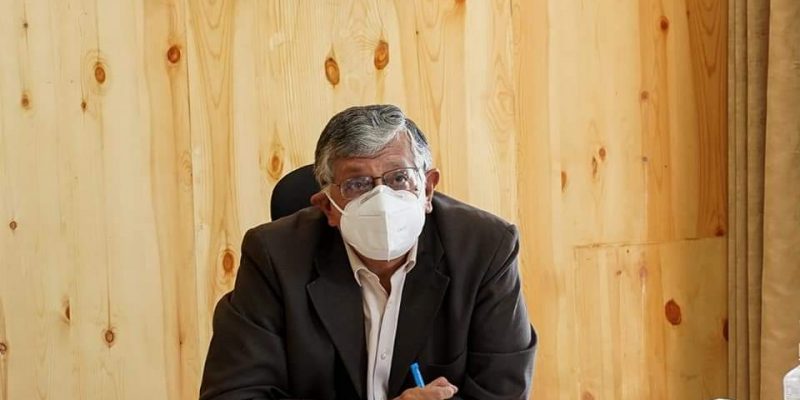 Aug 21: Advisor Ladakh, Umang Narula chaired a UT level Apex Committee meeting at the Civil Secretariat, Leh to oversee the implementation of the National Green Tribunal’s order regarding Solid Waste Management Rules, 2016, and other environmental concerns in the Union Territory. 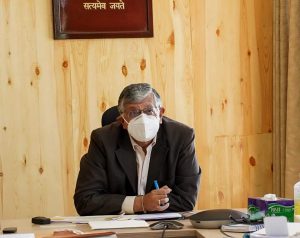 It is to be noted that 12 single-use plastic items have been banned in Ladakh w.e.f July 01, 2022. These include plastic sticks such as earbuds, balloons, candy, ice cream, and straws; Cutlery items such as plates, cups, glasses, forks, spoons, knives, and trays; Packaging/wrapping films like sweet boxes, invitation cards, cigarette packets, and other items: such as PVC banners <100um, and polystyrene for decoration.

To prevent the entry of banned Single-Use Plastic items, it was informed in the meeting that the Ladakh Police department has been requested to check vehicles entering the Union Territory from Mina-Marg and Sarchu. Further, it was shared that the Deputy Commissioners Leh and Kargil districts have been directed to identify major tourist hot spots for declaring them as “No Plastic Littering Zone”.

Additionally, the Regional Director, LPCC informed that an inspection of commercial sites as designated by CPCB like Airports, Bus-stand, and E-commerce warehouse stands were conducted and fines were imposed, he added.

The Director of Health Department, Dr. Motup Dorje apprised the meeting that tenders have been floated for setting up of four Common Bio-Medical Waste Treatment Facilities in Leh at Spituk-Pharka; Hundar, Nubra; Zanskar, and Kurbathang, Kargil.

To combat, air pollution, it was informed that the CPCB has sanctioned two continuous Air Quality Monitoring Stations, one each for Leh and Kargil districts. Concerning compliance status of hazardous and other Wastes (Management and Transboundary Movement) Rules 2016, it was informed that the LPCC has convened meetings with proprietors of major Automobile Workshops regarding the scientific disposal of used oil (hazardous waste).

Executive Officer, MC Leh, Stanzin Rabgais, informed the meeting that door-to-door collection of waste in Leh town is 100 percent and that of Kargil town, is 80 percent.

Taking stock of the progress of work, Advisor Narula directed the concerned to ensure the completion of work within the stipulated time frame.

Detailed discussions also took place on disposal of legacy waste so that valuable land can be reclaimed and put to other use.

The meeting was also attended by all Administrative Secretaries; ADGP, Ladakh; Heads of Department, officials of Forest, Ecology and Environment Department; and officials of the Consultant agency for the project.