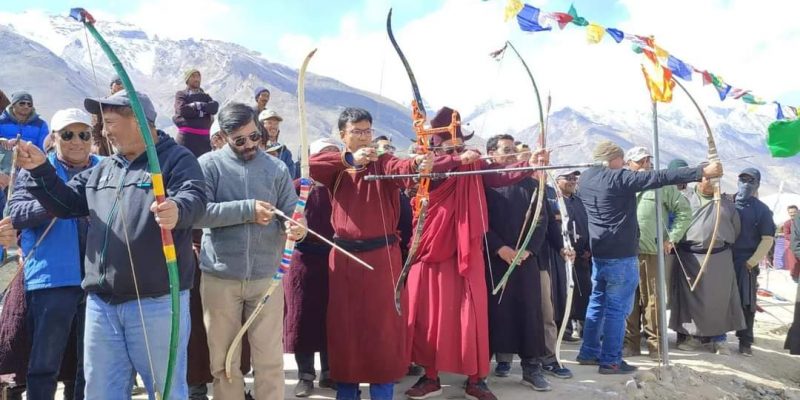 Tsetan Tondup Taxi union team with an individual score of 42 points was declared player of the Tournament. The tournament was participated by 30 teams.

Executive Councilor for Tourism, RD and Zanskar Affairs, LAHDC, Kargil Er Punchok Tashi was present as chief guest, President Gonpa Association Zanskar guest of honor and President Zanskar Buddhist Association as special guest, OC Army and all the sub-divisional level officers were present on the closing ceremony of the tournament. 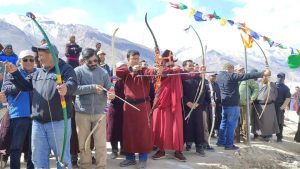 While speaking on the occasion, the EC appreciated all the archery teams for participating in the event and also congratulated the winner and runner-up teams.

EC Tashi informed that LAHDC Kargil is developing sports infrastructure across the district in order to further push the sports sector. While talking about the importance of sports, the EC said that sports activities play important role in physical and mental well-being.

Zonal Physical Education Officer, Tsering Tashi presented vote of thanks. A colorful culture program was also presented by the artist of Kanishka Padum, Dechan Dal Sani and the winner-up and runners-up teams. Later, the EC and other dignitaries distributed prizes among players and participants.