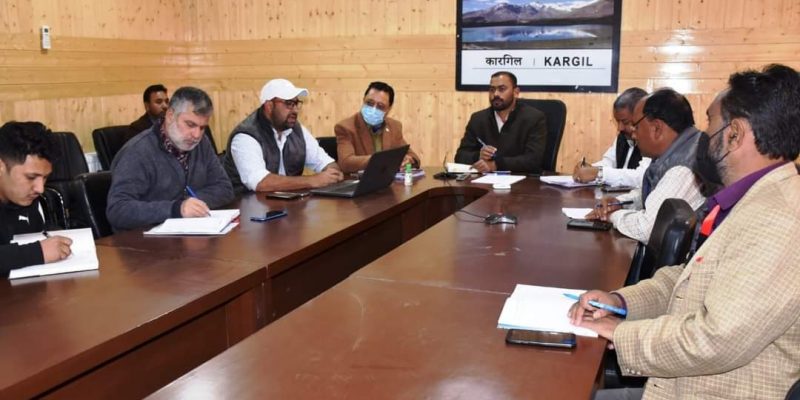 During the meeting, DC was briefed about Aadhaar saturation statistics in Kargil including age bands of up to 5 years and up to 18 years and status of Aadhaar kits in Kargil district. 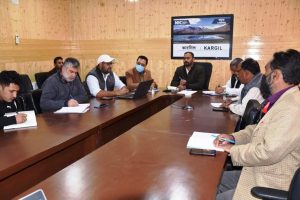 The Deputy Commissioner was also briefed on the initiatives being undertaken to cover the age groups of 0-5 years and 5-18 years in district Kargil.

DC Kargil instructed the School Education Department to identify school and class-wise data of children in district whose Aadhaar enrolment and biometric updation.

He directed the CEO for monthly calendar/roster so that each school is covered at least twice for enrolment and biometric updation of school children. The DC further instructed the CEO to hold awareness programs and camps to cover left out population in each school.

The DC also directed the ICDS to increase the Aadhaar enrolment saturation in 0 to 5 year age group. However, tablets need to be replaced.

Sanjeev Mahajan, Director Aadhaar joined the meeting virtually and addressed issues like suspension of Aadhaar in case of biometric update is not done on time. He also discussed document update process. He suggested that awareness programs and camps should be held cover left out population.

The DC advised UIDAI that operators should be provided with incentive from Aadhaar assistance fund at the earliest and UIDAI should take the issue with Secretary IT, UT Ladakh.