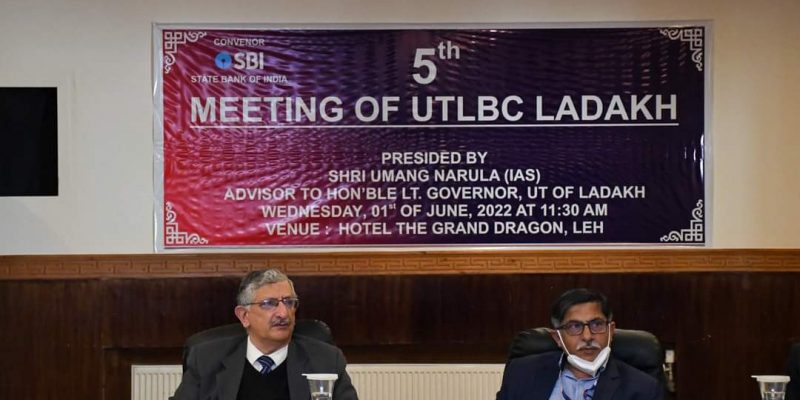 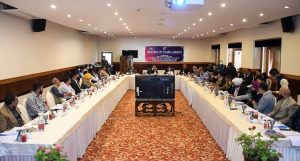 Advisor Ladakh, observing that some banks had improved their CD ratios while others had shown a decline, stated that the CD ratio of the banks must improve. Further, he exhorted the banks to expand and deepen the digital payment ecosystem in the Union Territory to make Ladakh a digital UT. He also directed the banks to improve their connectivity and increase the branch network and provide the public with effective banking services. Regarding, Kisan Credit Cards (KCC), Advisor Ladakh emphasized on achieving 100 percent saturation across the UT. KCC is issued to the farmers on the basis of their holdings for uniform adoption by the banks so that farmers may use them to purchase agriculture inputs and draw cash for their production needs.

In the meeting, it was pointed out that the extension of banking facilities to all the uncovered villages of Ladakh should remain a priority and the option of banking services with VSAT connectivity with the common service centers should be explored for places where internet connectivity is a major challenge and attempt of employing the BC model hasn’t been successful.

Regional Manager, SBI, Fayaz Ahmed Wani while giving the vote of thanks assured the Chair, on behalf of UTLBC that the targets set in the meeting, particularly in the agriculture sector would be achieved by the banks. He said that the banks would put extra effort to increase the CD ratio in UT Ladakh and in the next meeting they would have achieved positive results. 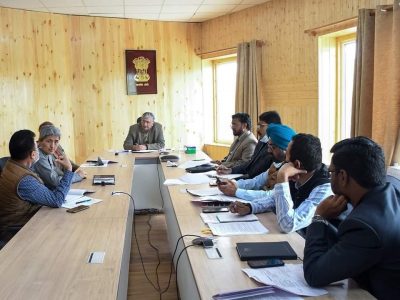