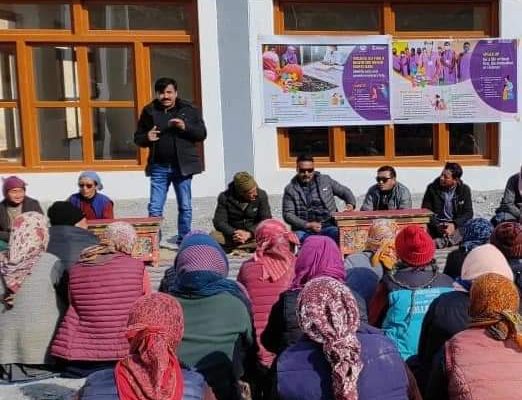 Leh Dec 09: A block-level awareness camp on Elimination of Gender Based Violence as a part of the National Gender Campaign was organised at Singaylalok block, today.

The camp was organised under the supervision of Sub-Divisional Magistrate (SDM) Khaltse and Nodal Officer/BDO, khaltse.

During the programme Block Development Officer(BDO) Singaylalok, Varinder Bawa and officers from different departments briefed about the prevalence of Gender-Based Violence, legal remedies and mechanism available to the victims. 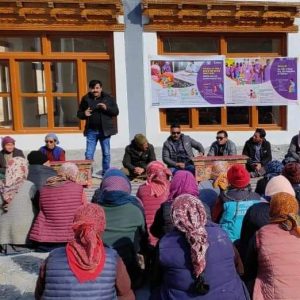 They also raised awareness about the various welfare Schemes available for women and girl children along with the importance of health, hygiene and nutritional values for pregnant and lactating mothers and children.