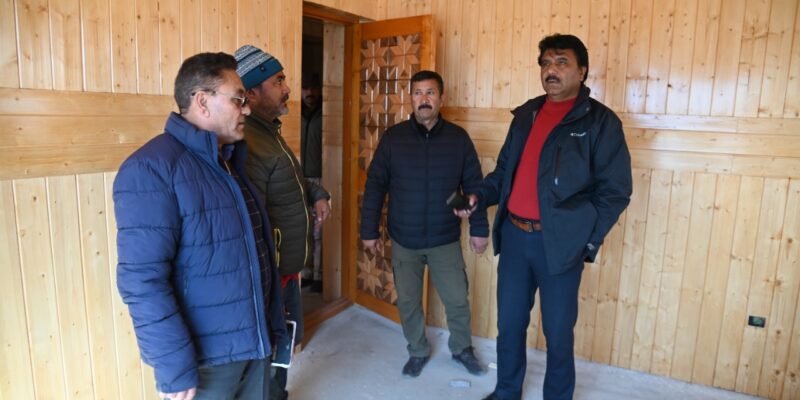 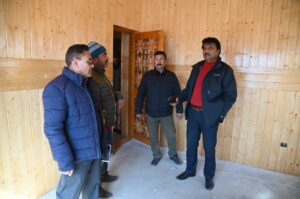 CEC Khan also visited Civil Helipad at Kurbathang where he inspected the ongoing development works at the site, and directed the concerned officers to dismantle the old building at the site to extend the helipad. He said that the helipad is of utmost importance and would be used in winter for the general public, adding he directed the SE PWD and concerned officers to submit a proposal for extension of the helipad and accordingly assured to take necessary decisions in this regard.

Later, the CEC along with the concerned officers visited the site of the Residential Complex for Ladakh Autonomous Hill Development Council and reviewed the ongoing construction works there. He inquired from the officers concerned about the status of the ongoing works of the VIP guest house with 16 rooms and 2 suites being constructed within the residential complex.

He directed for the electrification and water supply of the residential complex and asked the officers concerned to submit a proposal in this regard.

The CEC was apprised by the concerned officers that work on the residential complex is going in full swing and is expected to be completed within the stipulated timelines.

CEC Khan informed that the LAHDC Administration is mulling for landscaping of the whole LAHDC Secretariat premises with all modern facilities. He also inspected the pace of progress achieved on the under-construction LAHDC Assembly Hall. 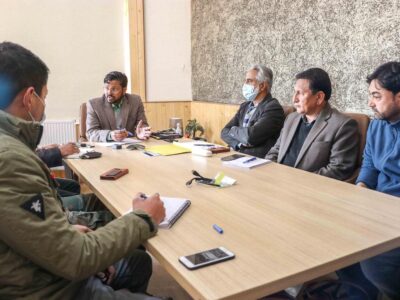