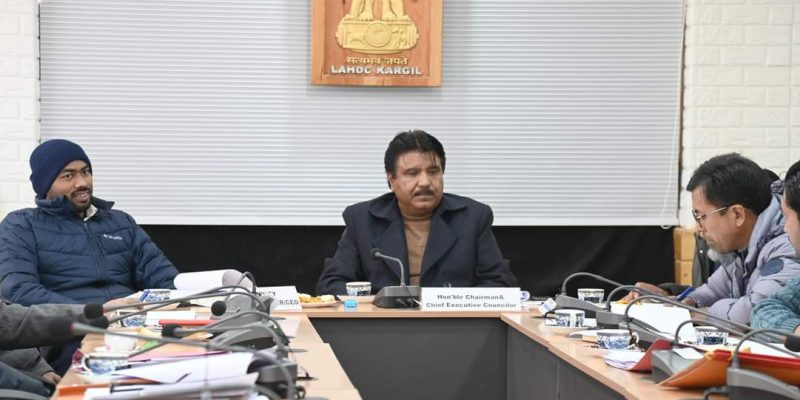 During the meeting, the CEC sought details from the officials of the respective departments regarding the expenditure achieved till December end (2022).

The officials from the respective departments shared detailed figures of expenditure achieved, anticipated expenditure and total expenditure which is likely to be achieved during the financial year 2022-2023, under the subsidy component. 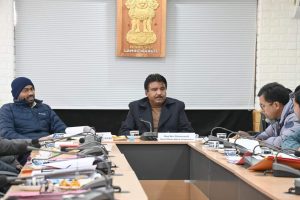 Khan directed that the departments (that are not continuing the scheme) should divert the funds to other departments and in this regard, Councilors should also be informed.

He further directed to complete the procurement of pending equipment and machinery under the subsidy component at the earliest and ensure early distribution of the same.

After a detailed discussion on various aspects, the CEC was satisfied over the targets achieved in terms of the financial and physical progress of different works.

CEC Khan stressed on utilization of 100 percent of funds released for this year so that in the next financial year, they would be able to demand more funds from the government.

During the meeting, Khan also directed the concerned officials to ensure that maximum benefits are provided to deserving people across Kargil district.

Khan also directed concerned departments to do the documentation of all achievements of the last two years under the subsidy component and send it to CCF, LAHDC, Kargil, at the earliest.

All type vehicle shall be allowed on Zojila axis from Manimarg toward Srinagar subject to fair weather and road clearance.